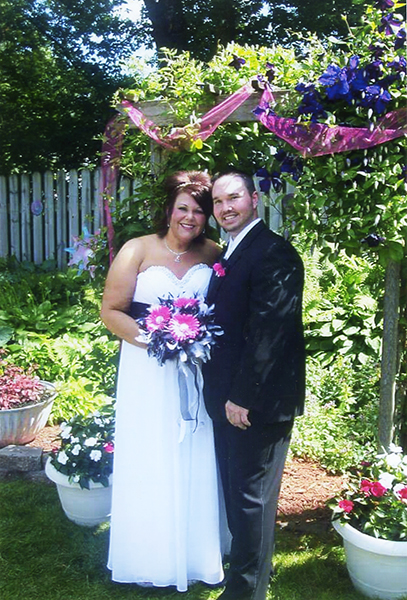 Connie Flattum and Nathaniel Vick, both of Conger, were united in marriage on June 27, 2015, at the bride’s parents’ home. The Rev. Daphne Hamborg officiated. A reception followed at Edgewater Pavilion in Albert Lea.

The bride is the daughter of Deborah and Arthur Flattum of Albert Lea and the granddaughter of Lois Hannegrefs of Albert Lea. She is employed as a residential program manager at Elm Homes.

The groom is the son of Debra and Gregory Vick and the grandson of Robert and Darlene Hardy. He is employed as a journeyman at Culligan.

The best man was Gregory Vick of Albert Lea. Jager Lillibridge of Conger was a groomsman.

The couple took a Caribbean cruise for their honeymoon.