My Name is Lucas Schuster, and I’m passionate about Albert Lea! So is Mark Russell, Paul Shea, Mayor Vern Rasmussen Jr., Ellen Kehr and the rest of our project committee. That is why we are passionate about creating Cell-Fi Tours — pronounced sell-fee.

The concept of the project is several QR (quick read) codes printed on window clings or signs placed at a historical building, landmark or park. A user will scan the QR code with their mobile device and be brought to a website with rich multimedia featuring the history of that building or site. 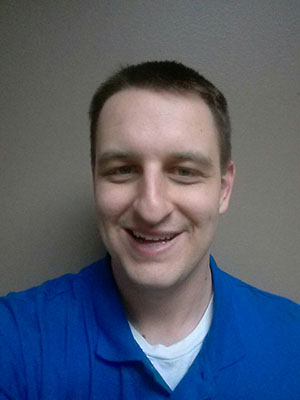 We really want to take advantage of the fact that downtown Albert Lea has the longest historically registered set of buildings in Minnesota. As we feature the history of the city people will be walking more, visiting businesses more and sharing more.

At several of the tour locations will be a selfie station, a large simple structure like a frame made of wood or metal. As prevalent as social media is, we intend to capitalize on that by encouraging users to take selfies and hashtag #iamAlbertLea or #cellfitours #history. By sharing it in such a way, then other communities around the world and even our own community can learn about and enjoy the features Albert Lea has to offer. We are interested in exploring a relationship with Explore Minnesota, a tourism website for the state. They have a similar concept featuring assets of the state and promoting them with the #OnlyinMN hashtag.

This project is a result of the Idea Splash, an event hosted by the Southern Minnesota Initiative Foundation in November. The event attended by about 90 people inspired us to map the assets of our community including physical locations, individuals who contribute and financial benefactors. As we discussed these assets, we became inspired to share them with others and began percolating ideas that could achieve this fresh, hot inspiration we found.

Ten individuals presented their ideas to the rest of the group, some had come prepared with projects they had already started; others, like myself, came with ideas but hadn’t developed them. The Idea Splash was a great venue to explore these ideas with others.

Cell-fi Tours was born out of three separate ideas. Paul Shea, news director and operations manager for a local radio station, shared a vision of a QR code walking tour to share the history of our city. Mark Russell, a local website developer, sees value being added to the community through selfie spots to organically feature assets of Albert Lea, especially partnering with local businesses. The idea I, Lucas Schuster, proposed would have had difficulty standing alone and that was to create video content for YouTube.com on a regular basis featuring the assets of the community. My idea came from my familiarity with YouTube from my work managing the Crossroads Church facility and managing a rental company.

Our committee quickly formed as we recognized our similar interests and vision, and we have been meeting regularly over the last month to organize plans and documents. We are reaching out to businesses who may be interested in supporting the community through us and look forward to proceeding with the project, regardless of how much grant money we are awarded in January. We hope to be awarded the full $10,000 grant intended to help the community grow.  Also, we anticipate that our concept will interest community partners enough to increase our budget, enabling us to scale the project quicker — meaning more tour locations, more people participating and greater resulting growth in Albert Lea.

Lucas Schuster is an Albert Lea resident and participated in the Idea Splash in November.