Memorial services for Jon Bera will be at 11 a.m. Saturday at East Freeborn Lutheran Church. The Rev. Matthew Griggs will officiate. Visitation will be one hour prior to the service at church. 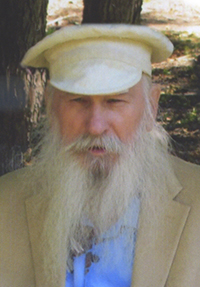 Jon was born March 3, 1933, to Mike and Orphia (née Edison) Bera in Albert Lea. He was raised in Albert Lea and graduated from Albert Lea High School in 1952. After graduation he joined the Navy for three years until being honorably discharged in 1955. During his service he was stationed in New Port, Rhode Island, and earned a National Defense service medal.

On Jan. 2, 1956, Jon married his high school sweetheart, Betty Lou Meissenhalter, at Zion Lutheran Church in Albert Lea. Nine children were born to this union. Jon and Betty owned and operated Hayward Café from 1974 to 1985. Jon was well known for his woodcarving and walking sticks. Betty and Jon enjoyed their annual involvement in the Big Island Rendezvous, as well as doing the rendezvous circuit throughout the Midwest. They were known and loved by many as “Ma & Pa Bonanza.”

Jon and Betty were very happy and felt at home when they joined East Freeborn Lutheran Church.