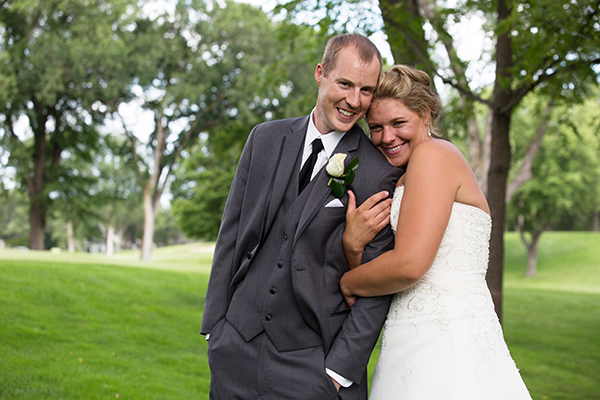 Brenna Kelly of Edina and Scott Hoeg of Albert Lea were married at 2 p.m. July 25, 2015, at Christ Presbyterian Church in Edina. The Rev. Dan Anderson officiated the double ring ceremony. A reception followed at Interlachen Country Club in Edina.

Brenna is the daughter of Steven and Sally Kelly of Edina and the granddaughter of Bill and Paka Thompson of Warrensburg, Missouri.

Scott is the son of Robert and Muriel Hoeg of Albert Lea.

The bride is a 2005 graduate of Edina High School and a 2009 graduate of the University of Wisconsin in Madison. She is employed as a high school Spanish teacher in Centennial School District No. 12.

Scripture readers were Libby Dierking of Lee’s Summit, Missouri, aunt of the bride; Bill and Paka Thompson of Warrensburg, grandparents of the bride; and Sue Barber of Albert Lea, family friend of the groom.

Following the wedding the couple celebrated their honeymoon in Hawaii.