Funeral services for Lauris “Lolly” C. Nelson of Albert Lea will be at 11 a.m. Monday at First Lutheran Church in Albert Lea. The Rev. John Holt will officiate. Friends may greet the family one hour prior to the service at the church. Interment will be in Graceland Cemetery. Military honors will be accorded by the Albert Lea area veterans organization. Bonnerup Funeral Service is assisting the family. 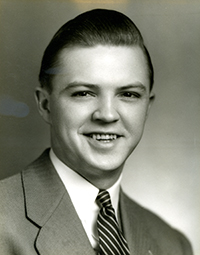 Lolly served his country in the United States Marine Corps and the Merchant Marines. On July 7, 1946, he was united in marriage to Dorothy Loeffler at First Lutheran Church in Albert Lea.

They moved  to Manchester, where he operated Nelson Locker Plant, was the Manchester postmaster and also owned the grocery store. In 1955 he began working for Brown and Bigelow Co., and in 1961 started  4 Seasons Advertising Co. in Albert Lea. He opened 4 Seasons Travel and  4 Seasons Coffee in 1967. Lolly was an active member of First Lutheran Church, serving on the church council and as an usher. He was a member of the Elks Club and the Masons. He loved to spend time with his family, friends and especially the grandkids. Lolly enjoyed travel, gardening and winters in Arizona and Nisswa Beach Resort with friends and family. He was a founding member of Fountain Investment Club, board member of the Albert Lea Family Y and the Naeve Hospital Foundation. 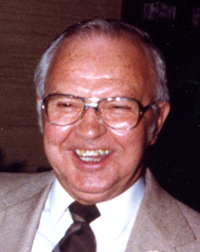 Lolly is survived by his son and daughter-in-law David and Michele Nelson of Albert Lea; and granddaughters Katie (Eduardo) Antpack of Rochester, Alyssa Nelson of Roseville and Kristen Nelson of Rochester. There are two great-grandsons, Calvin and Andrew Antpack; nephew, Gordon (Lou Jean) Nelson; and niece, Marilyn.

He was preceded in death by his parents; wife, Dorothy, in 2012; and brother, Vern Nelson.