Larry was born on May 21, 1945, in Albert Lea to Lauson and Laura (Harris) Cox. He grew up in Maple Island, where he attended grade school. Larry then attended high school in Albert Lea. He graduated in 1964 from Albert Lea High School. Larry then went to college in Mason City, Iowa, and obtained his associate’s degree in accounting. During his years in college he worked as an orderly. Larry’s first job out of college was at Wilson & Co. in Albert Lea. He then moved to Nebraska and lived in the Omaha and Lincoln areas for his work. In 1990, Larry moved to Hollandale and took care of his ailing father. Larry reestablished connections with a former classmate from his younger years, Carol Christensen. The two were married on Oct. 18, 2003, in Clarks Grove. Larry and Carol owned and operated Austin Curves for Women until 2011. 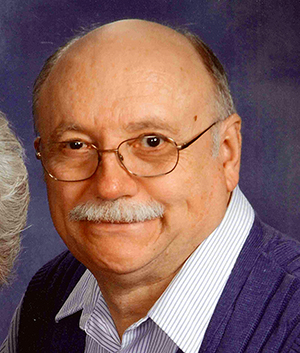 Larry was a member of Faith Evangelical Free Church where he was on the HELPS ministry team. He was also a member of Peacemakers through Faith Church. He  took a trip to Colorado for training and took advantage of other training programs.

Larry suffered with the effects of Polio, but his strong faith helped him and his family was very important to him.

Larry is survived by his wife, Carol, of Austin; son, Matthew (Lindsey) Cox of Lincoln, Nebraska; stepchildren Sherri Carlson of Hollandale and Jaclyn (Travis) Olson of Glenville; grandchildren Lilian and Luke Olson; sisters Shirley (Joe) Wurst of Blooming Prairie and Karen Carlsen of Apache Junction, Arizona; along with many nieces and nephews.

Larry is preceded in death by his parents.

Funeral services will be at 2 p.m. Wednesday at Faith Evangelical Free Church in Austin. The Rev. Mike Sager will officiate. Visitation will be from 4 to 6 p.m. today at Mayer Funeral Home in Austin and again an hour prior to the funeral at the church. Burial will be private.

Online condolences may be left at www.mayerfh.com.