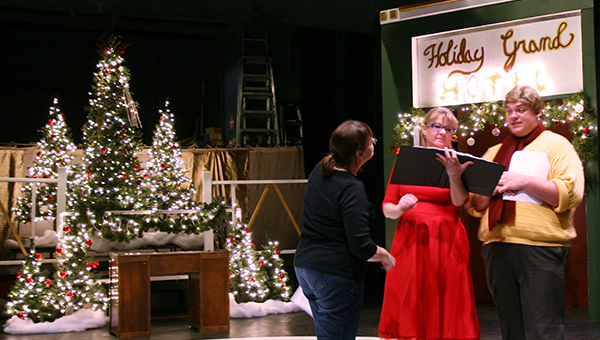 ACT musical fundraiser lights up the stage with holiday spirit

The stage is decked, the singing is angelic and the music is merry. 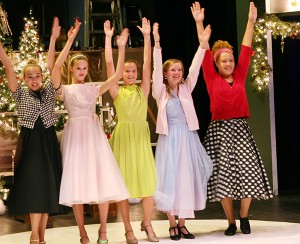 Kaercher, of Austin, is known for his annual youth theater camp, his comedic acting and his original productions, including last year’s “Flyin’ Into Christmas.”

This year’s musical runs Thursday through Saturday at the Marion Ross Performing Arts Center on Broadway in Albert Lea. Show times are 7 p.m. with an additional matinee at 2 p.m. Saturday.

“It’s a great community event. It’s a fun fundraiser,” Kaercher said. “It’s suitable for all ages — the humor goes across all levels.”

He’s not kidding about the community part. The cast numbers more than 50 people from 11 cities and three states. Actors range in age from 6 to “they can collect senior discounts.” Many of them have decades of acting experience and about 15 are taking the stage for their first time. Several others help behind the scenes. Linda Saxton is the musical director and Alyssa Abrego the choreographer.

Set in the Holiday Grand Hotel, the plot twists around Mark Hall, a big Hollywood producer who is at the hotel to film a new Christmas movie. The guests, staff and executives at the hotel all try to sing and dance their way into the movie. Competitiveness and confusion take their toll on the characters’ holiday spirit. Go to the show to see if they find the true meaning of Christmas. Audience members will find plenty to ho-ho-ho about.

Who: Dylan Kaercher and a cast of 50-plus characters

When: 7 p.m. Thursday through Saturday, with a 2 p.m. matinee on Sunday

Tickets: $12 each, available at the box office at 3:30 p.m. Thursday and Friday and two hours prior to the matinee and evening shows on Saturday, by calling 1-877-730-3144 or going to www.actonbroadway.com.