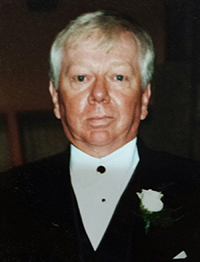 He served in the United States Navy during the Vietnam War.

Lloyd married Judy Wing on Dec. 30, 1972, in Minneapolis. He worked as a machinist for Eaton, Dresser Rand, and retired 10 years ago from the Water Works Department for the city of Minneapolis.

He enjoyed fishing and, in his younger days, horseback riding and trap shooting. He also enjoyed his time playing Pfeffer with his friends on Thursday night at Freeborn Gun Club.

He is preceded in death by his parents and brothers Robert Rogge and Allen Gilbertson.

Visitation will be from 10 a.m. to noon on Wednesday, followed by funeral service at noon Wednesday, all at McNearney Funeral Home, 1220 Third Ave. E. in Shakopee. Officiating will be the Rev. Alan Naumann. Private family interment is at a later date.

Arrangements are with McNearney Funeral Home in Shakopee. Condolences may be shared at www.mcnearneyfuneralhome.com