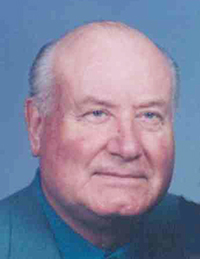 He was raised on a farm in Freeborn County, was confirmed in June 1939 at Central Freeborn Lutheran Church and graduated from Albert Lea High School in 1943. Louie enlisted in the U.S. Navy during World War II and served as an electrician’s mate 21 class from Jan. 29, 1944, to May 18, 1946, in the South Pacific. Following his honorable discharge from the Navy, Louie attended Luther College in Decorah, Iowa, graduating in 1950 with a teaching degree in business. On Sept. 3, 1949, he married Alberta Marie Swan at St. John’s Lutheran Church in Austin, where he remained a member. Louie and Alberta were happily married for 61 years and were blessed with three children. She preceded him in death on Feb. 18, 2011. Louie worked 42 years for the post office in Austin. He loved checking out the crops as he drove his rural route. After retirement, he worked for Sterling Drug in Austin making deliveries. Both his faith and his family were very important to him. He enjoyed teaching Bible class, playing bridge, checkers, reading the paper, taking drives in the country and visiting with family and friends.

Louie is survived by his daughter, Linda Stadheim, of Rochester; his son, Bradley (Beth) Stadheim, of Rose Creek; six grandchildren, Heather Coulter of Sugar Grove, Illinois, Jeremy (Lindsey) Smith of Goodyear, Arizona, Becca (Justin) Leggett of Millington, Illinois, Tyler (Ashley) Stadheim and Bailey (Tim) Kana, both of Austin, and Hattie Stadheim of Rose Creek; nine great-grandchildren; his brothers Stanley (Babe) Stadheim, Arnold Stadheim and David (Marilyn) Stadheim, all of Albert Lea, and John (Janis) Stadheim of Lake City; his sister, Annabelle Allen, of Menifee, California; brother-in-law, Tony Kocanda, of Minneapolis, sisters-in-law Blanche Stadheim of Lyle and Janet Stadheim-Dunn of Albert Lea; and nieces, nephews, other relatives and friends. He was preceded in death by his parents Louis and Evelyn Stadheim Sr.; his wife, Alberta Stadheim; his son, Larry Swan Stadheim; his grandson, Matthew Louis Smith; his brothers Edward Stadheim and Richard Stadheim; his sister, Edna Mae Kocanda; brother-in-law, Don Allen; and sister-in-law, Evelyn Stadheim. The family would like to express special thanks to the staff at the Salvation Army Day Care Program in Rochester, the staff at Cottagewood Senior Communities in Rochester and Heartland Hospice Care.

Funeral services will be at 11 a.m. Tuesday at St. John’s Lutheran Church in Austin with the Rev. John Schleicher officiating. Visitation will be from 4 to 6 p.m. Monday at Worlein Funeral Home in Austin. Interment will be in Oakwood Cemetery, with military honors by American Legion Post 91 and VFW Post 1216. Memorials can be directed to the following: SIM Gaimi Surgical Training Project in Niger, Africa (reference Mame and Joe Starke, No. 077972) at P.O. Box 7900, Charlotte, NC 28241-7900; Salvation Army Day Care Program in Rochester; Luther College in Decorah, Iowa; Canine Companions for Independence at P.O. Box 446, Santa Rosa, CA 95402-0446; or recipient of donor’s choice. Worlein Funeral Home of Austin is assisting the family with arrangements. Condolences may be expressed to the family online at www.worlein.com.