Man pleads guilty to sale of cocaine to informant 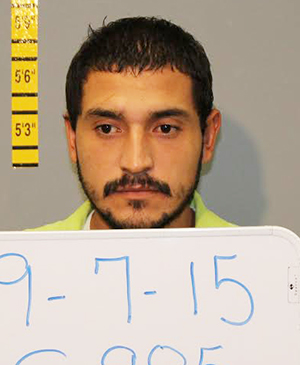 Gutierrez and another man, Angel Plascenia, reportedly sold the drug on April 1, 2010, at Trail’s Travel Center, according to court documents.

After being advised of his Miranda rights, Plascenia reportedly admitted to driving to Albert Lea from Omaha and that he knew the purpose of going to Albert Lea was to deliver 6 ounces of cocaine.

When a deputy interviewed Gutierrez, he “acknowledged that law enforcement pretty much had everything but stated he did not wish to talk any further,” court records state.

Plascenia was originally charged with first-degree sale of drugs. He pleaded guilty in 2010 to aiding and abetting fifth-degree possession of a controlled substance and served 14 days in jail, according to Assistant Freeborn County Attorney David Walker.

The informant reportedly turned over the 6 ounces of cocaine to the deputy following the arrests.

Gutierrez was originally charged with first-degree sale of drugs, but that charge was reduced with the plea deal.

Sentencing is scheduled for March 10.