The funeral service for Margaret “Peggy” Leone Adams will be at 11 a.m. Wednesday at St. John’s Lutheran Church, 301 Eighth Avenue NW in Kasson. The Rev. Barbara Streed will officiate. Interment will be in Preston Veteran’s Cemetery in Preston. Visitation will be from 4 to 7 p.m. Tuesday at Czaplewski Family Funeral Home, 25 South Street SW in Dodge Center, and one hour before the service at the church on Wednesday. 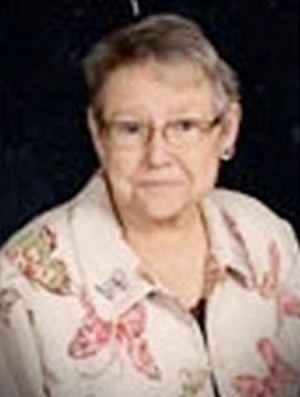 Margaret “Peggy” was born on April 21, 1937, the daughter of George O. and (Mary Frances West) Beach in Sioux City, Iowa.

Peggy graduated from Albert Lea High School. She was an unit secretary at St. Marys Hospital in Rochester for 19 years. Peggy was a member of the Eastern Star, for over 50 years, the Red Hats Society; Daughters of the American Revolution and many other organizations. She enjoyed flowers, ceramics and crafting.

She was preceded in death by her parents and one infant brother.