A mass of Christian burial will be at 11 a.m. Thursday at Sacred Heart Catholic Church in Waseca. The Rev. Vincent Ferreh Bagan will officiate. Interment will be in Calvary Cemetery in Waseca.

Visitation will be from 4 to 6 p.m. Wednesday at McRaith Funeral Home in Waseca with a prayer service starting at 6 p.m. The visitation will continue for one hour prior to services at the church on Thursday. 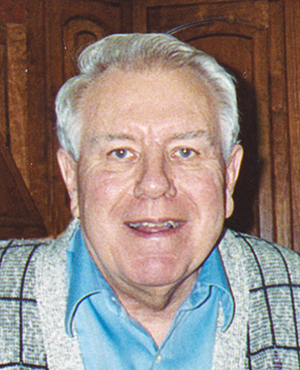 Marlin was born on June 27, 1936, the son of Arnold and Irene (Dobberstein) Peters at Naeve Hospital in Albert Lea. He attended and graduated from Freeborn High School in 1954. He was united in marriage to Henrietta Kaiser on Oct. 12, 1957, at Sacred Heart in Waseca. Marlin was employed at Herter’s Inc. in Waseca until 1972 when a plant was opened in Mitchell, South Dakota. He transferred to Mitchell and continued work as a purchasing agent and went on to manage the company until 1978 when the company was sold. After the company in South Dakota was closed, everything was moved back to Waseca and he continued to work there until 1981 when Herter’s closed for good. In 1982, Marlin began a new career by founding his own business, M. Peters Enterprises Inc., as a pull-tab distributor. He continued in that line of work along with his son, Michael, until the time of his death.

Marlin was a lifetime member of the Waseca Knights of Columbus and the Owatonna Elks and a former member of the Waseca Eagles, Owatonna Eagles and Faribault Moose. In his younger years he enjoyed hunting, fishing and bowling. He continued bowling and playing pool. Traveling, cruises and casinos for a bit of gambling were things he enjoyed later in life. Of course, his family, including all the grandkids, kept him busy a lot of the time, too.

Marlin is survived by his children Matthew (JoEllen) of St. Peter, Mark (Jenny) of Colorado, Mary (Walt) Mobley of Tennessee and Michael (Julie Ann) of Waseca; six grandchildren; five step-grandchildren; six step-great-grandchildren; and by many other relatives and friends.

He was preceded in death by Henrietta, his wife of 58 years; his parents; and his brother, Dale (Pat) Peters.