Funeral services for Marlin O. Sandsmark, 85, of Albert Lea will be at 10:30 a.m. Monday at Silver Lake Lutheran Church. The Rev. Randy Baldwin will officiate. Interment will be at Silver Lake Cemetery. Military honors will be accorded by local servicemen’s organizations American Legion and Veterans of Foreign Wars. Visitation will be from 1 to 3 p.m. Sunday at Bayview/Freeborn Funeral Home and one hour prior to the service at the church.  Online condolences are welcome at www.bayviewfuneral.com. 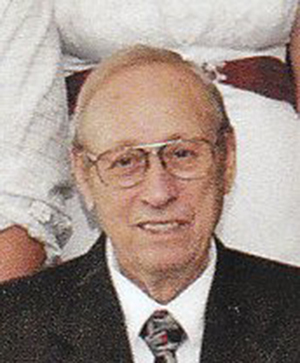 Marlin O. Sandsmark was born on Dec. 30, 1929, on the family farm in Waseca County, the son of Oscar and Mabel (Neumann) Sandsmark. Marlin grew up in rural New Richland and attended country school. On Jan. 28, 1951, Marlin was united in marriage to Kathryn “Kitty” Peterson at Sion Lutheran Church. In May of that year, Marlin was drafted into the United States Army. He was stationed in Germany and honorably discharged in April of 1953. Marlin and Kitty spent several years farming near the state line before moving back to his family farm in Waseca County. He continued farming until 1976. Marlin also worked at Wilson & Co., drove a gravel truck and then drove a ready mix truck. He was a member of Silver Lake Lutheran Church, VFW, Emmons Legion, Senior Center and Grapevine Twist. Marlin enjoyed square dancing, playing cards, bingo, fishing and hunting small game in his younger years. Marlin was a wonderful husband, father, grandfather and great-grandfather; and was very helpful and considerate.  Anyone who knew Marlin would agree.

Marlin was preceded in death by his parents; brothers-in-law, Dean Waltz, Arza Palmer and Jack Fraley; and father and mother-in-law Dan and Luella Peterson.