Funeral services for Maxine Vanderploeg, 84, will be at 10:30 a.m. Saturday at Hollandale Christian Reformed Church. The Rev. Wendell Davelaar will officiate. Interment will be at 9:30 a.m. in Hollandale Cemetery. Visitation is from 4 to 6 p.m. Friday at Bayview/Freeborn Funeral Home. Online condolences are welcome at www.bayviewfuneral.com. 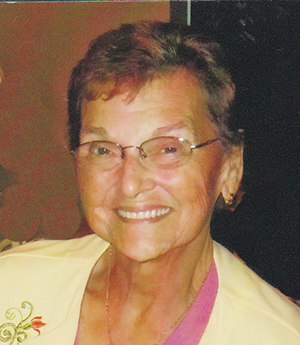 Maxine Marie Vanderploeg was born on Oct. 14, 1931, in Glenwood, the daughter of Ervin and Evangeline (Hanson) Mickelson. Following the death of her mother Maxine lived with various family members early in her life until eventually joining Marvin and Tracy Christensen’s family. She went to grade schools in Albert Lea, District 90 High School in Ellendale and Maplewood Academy in Hutchinson. On May 17, 1950, Maxine was united in marriage to Raymond L. Vanderploeg in Hollandale. Raising her six children brought her great joy. Maxine enjoyed working on the farm and, later, maintaining her beautiful yard. Faith was an important part of her life, which included quiet daily devotions and prayers for her family and friends. Maxine had been a member of Hollandale Christian Reformed Church since 1950. She loved sewing, quilting, knitting, baking and loved all of her family.

In lieu of flowers, memorials are preferred to Hollandale Christian Reformed Church.