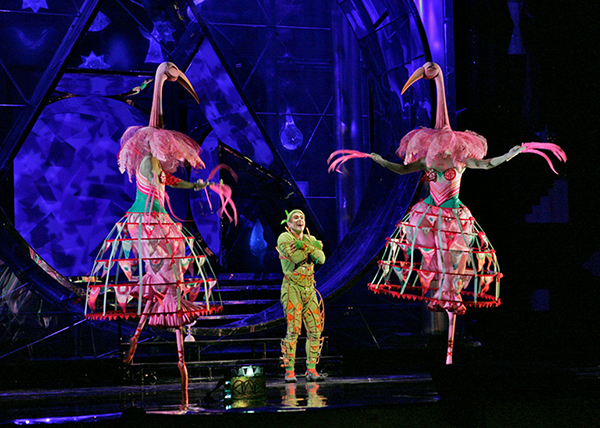 Audiences will have an opportunity to see Mozart’s “The Magic Flute” in an encore presentation at 1 p.m. Jan. 2 at the Marion Ross Performing Arts Center. According to a press release, the production of “The Magic Flute” has enchanted opera lovers around the world with the whimsical humor and breathtaking puppetry of Julie Taymor’s hit production. The shortened English language version runs 100 minutes and is a chance for families to experience a Metropolitan Opera holiday performance.

“The Magic Flute” is a story of young people and following their journey “through danger, fantasy and wildness.”

According to the play’s synopsis, audiences will discover Tamino, the prince of a mythical kingdom. He falls in love with Pamina, love at first sight.The Queen of the Night enlists him to save her daughter Pamina from the evil Sarastro. He receives the magic flute to protect him and his pal Pappageno. Pappageno is a bird catcher who befriends Tamino. He lives for food, wine and song. Pamino is a captive of Sarastro, once she is freed, her mother wants her to kill her captor. Instead, Sarastro teaches her truth and virtue. Will she marry Tamino? The Queen of the Night is Pamina’s evil mother. She is set on destroying Sarastro. She lies to Tamino and Pappageno. Sarastro is a wise priest, who is the archenemy of the Queen of the Night. He actually is protecting Pamina from her evil mother. He is also a mentor to Tamino, whom he sends on his journey toward maturity. Papagana is half-bird, half-woman who is a perfect match for Pappageno. She looks like an old woman, but she says she is only 18 years old. How will it all end?  Come and enjoy the opera.

Julie Taymor directed this production of “The Magic Flute.”  Ms Taymor is an American stage director.  She is best known for her directing and staging of “The Lion King,” on Broadway in which she was the first woman to win a Tony award for directing and a Tony for original costume design.

A short introduction to the opera will be given at 12:30 pm in the theater. Tickets are $20 for adults. The five-opera flex ticket is not available for use at this opera. Because of a gift, there are free student tickets available at the box office. High School and college students must show their identification.