ST. PAUL — Seventy percent of private insurance buyers this fall on Minnesota’s health insurance exchange have qualified for premium-based tax credits, a figure officials released Wednesday as they brace for a rush of enrollments before the new year.

The statistics presented to the board that oversees the exchange, known as MNsure, also indicate that more customers are choosing plans with lower premiums but higher out-of-pocket costs for care received. And the population of new subscribers is decidedly older so far, with half of enrollees at least 55 years old this year compared with one-third in that demographic last year. 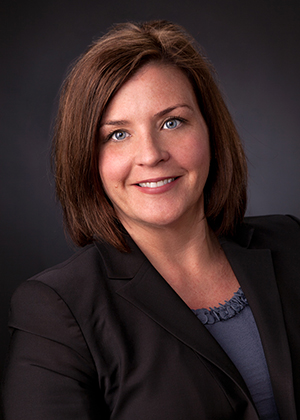 A key deadline arrives Tuesday, when people who want insurance in place by Jan. 1 must complete enrollment. In prior years, the exchange has been flooded with online visitors and callers to help lines in the final week. Board chairman Peter Benner said he is encouraged by the pace of sign-ups so far and is expecting an uptick.

The federal health law requires people to have insurance or pay a penalty at tax time.

The new figures show just shy of 50,000 enrollments to date. But only about one-third of those are in private plans, with the rest in a publicly managed care program. The private buyers are particularly important because MNsure’s operating budget depends on a 3.5 percent tax on premiums of so-called qualified health plans.

People who bought a plan last year through MNsure will be automatically enrolled again unless they choose a new option. As of Tuesday, about 5,500 previous private enrollees selected a new plan.

In adverting and other public outreach efforts, MNsure and its CEO Allison O’Toole have stressed that people can qualify for tax credits only if they shop through the exchange. Officials hope to attract customers who went straight to insurance companies in past years to avoid sign-up glitches that plagued MNsure.

“I continue to shout this from every mountaintop I can find — or hill maybe more in Minnesota — is that it is really critical right now for folks to come back and shop and compare,” she said.

MNsure has steadily worked through technological problems that bogged the system down in its early years, including lengthy waits to its call center by frustrated customers. Since Nov. 1, MNsure has taken almost 81,000 calls and answered three-quarters of them in two minutes or less; exchange statistics show about 9 percent of calls were abandoned while people were in the hold queue.

County social services offices that work with the Department of Human Services on signups for people on government assistance programs continue to grapple with a clunky system, representatives of two counties told the MNsure board Wednesday.

Such complaints have come up as lawmakers and industry representatives on a task force debate whether to recommend that Minnesota shift into the federal health insurance exchange in the future and abandon MNsure. Scott Peterson, a state technological adviser to MNsure, told the board such a switch is “not an insignificant thing” and would likely cost at least $3 million in technology costs, according to a preliminary analysis.

Benner said a swap wouldn’t happen until 2018 at the earliest if legislators order it next year.