No injuries reported in A.L. fire 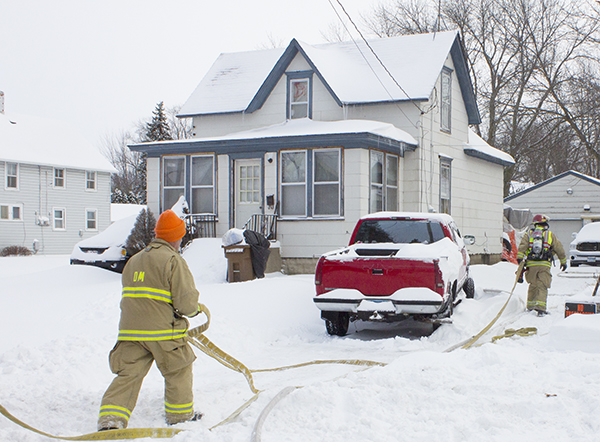 Albert Lea Fire Department firefighters bring a water hose into a house at 1019 James Ave. to fight a fire that reportedly started in the attic. – Sam Wilmes/Albert Lea Tribune

No injuries were reported from an attic fire Tuesday morning in Albert Lea.

The Albert Lea Fire Department was called at 8:44 a.m. to 1019 James Ave. after the homeowner noticed a smell of smoke earlier in the morning.

Firefighters reportedly found light smoke coming from the home, and fire crews were reportedly able to get into the structure and gain access to the attic and second floor. The fire was contained to that area.

The fire is suspected to have started from an electrical wiring malfunction.

Damage was estimated at $13,300 and was reportedly done to an interior wall, ceiling and roof. The home was turned back over to its owner.

Fire officials advised residents to call for assistance right away in the case of a fire as their is no charge for calls. They said early suppression of a fire can save lives and property.

The department stressed the importance of having electrical wiring and appliances installed properly by a licensed electrician.