An Oakland man pleaded guilty Wednesday in Freeborn County District Court to engaging in sexual contact with a victim younger than 13 in September. 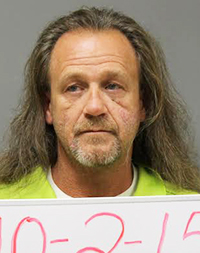 Sentencing is scheduled for Feb. 18.

Lee was originally charged with two counts of second-degree criminal sexual conduct tied to two separate incidents, one in July and one in September. The first count, tied to the July incident, was dismissed in a plea deal.

With a stayed execution, Lee can avoid a prison sentence if he follows court requirements.