Funeral services will be at 1:30 p.m. Thursday at Emmons Lutheran Church. The Rev. Christopher Martin will officiate. Burial will be in Oak Lawn Cemetery in Emmons with military honors conducted by the Louis/Tveite Post  No. 317. Visitation will be from 5 to 7 p.m. today at Mittelstadt Funeral Home in Lake Mills and will continue one hour prior to services at the church on Thursday. 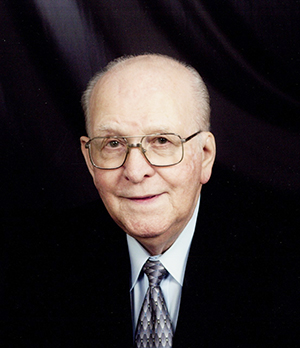 Raymond Albert Westendorf was born at home on Sept. 10, 1923, in Buffalo Center, Iowa, to Ben and Ella (Alberts) Westendorf. He attended country school in rural Winnebago County and graduated from Lake Mills High School in 1942. He was then drafted into the Army from 1942 through 1945 and served in the Pacific Theater during World War II. Ray was united in marriage to Norma Gladys Dahl on Nov. 10, 1946, at Emmons Lutheran Church. Shortly after, on Dec. 27, 1946, Ray was baptized at Emmons Lutheran Church. The couple had two sons, Tom and John, and one daughter, Maureen.

He worked at Page & Hill Holmes and Streater in Albert Lea for over 30 years, where he was a lead man. After his retirement, Ray’s passions were gardening, bird watching, bowling and keeping up with and watching sports — particularly the Minnesota Vikings, Twins and the Iowa Hawkeyes.

Ray was preceded in death by his parents; his wife, Norma; sisters Minnie, Frances, Alice, Jeanette and Ann; and brother, Bennie.