Laura Beasley has accepted the position of director of nursing at Riverland Community College. The director of nursing is responsible for providing leadership, direction and administrative support to the college’s associate degree nursing program. She replaces Riverland Nursing Director Nancy Genelin, who is retiring at the end of the year.

Originally from Tripp, South Dakota, Beasley attended Mitchell Technical Institute in Mitchell, South Dakota, to become a medical assistant and worked in a rural clinic in South Dakota for several years before returning to the University of South Dakota to complete her associate degree in nursing. After graduating, Beasley worked as a registered nurse in the operating room at Sioux Valley Hospital in Sioux Falls before moving to upstate New York, where she worked in the operating room as a travel nurse, same day surgery, endoscopy, post anesthesia recovery and in an otolaryngology clinic. 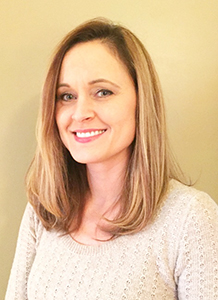 She continued her education at Keuka College completing her bachelor of science degee in nursing and her masters of science in nursing education. While finishing her BSN and MSN, she left bedside nursing and worked at GST Boces as a lead practical nursing instructor in Elmira, New York, and Coopers Plains, New York.

“We are impressed that someone with Laura Beasley’s educational and nursing experience has accepted the director position here at Riverland Community College,” said Dr. Adenuga Atewologun, Riverland president. “We are confident that she will continue the great work that Nancy Genelin has implemented during the past two years and enhance the nurse education program to ensure student success and fulfill Riverland’s role to provide best in class nurses to the area’s workforce well into the future.”

While at Keuka College, Beasley was the winner of the Florence Nightingale award in recognition of her valuable contributions to Keuka College, the community, and the environment as well as the Janet Mance award. The qualifications of the Janet Mance award include maintaining a 3.8 GPA or higher and a clear demonstration of leadership qualities while obtaining a master’s degree in nursing education. She was also elected by Keuka College professors to sit on the nursing advisory board at the college.

“I am excited to start this new journey in my career that will not only inspire a new generation of nurses, but will also create and promote a team of excellence,” said Beasley. “Over the years, I have gained many good qualities from my nursing education and while working in the nursing field, but more importantly, I have learned the most about myself while growing up on a ranch in rural South Dakota. This is where my true passion for nursing all started.”

Beasley’s main office will be at the Austin Campus, but she will work closely with all faculty and staff at all three campus locations including Albert Lea and Owatonna. Her first day at Riverland will be Dec. 14.

Riverland Community College, a member of the Minnesota State Colleges and Universities system, is a community college that has inspired personal success through education for 75 years. Approximately 4,900 students are served annually through a wide range of credit-based educational opportunities. An additional 5,400 students are annually served in non-credit courses. Campuses are located in Albert Lea, Austin and Owatonna,. Riverland may be found on the Internet at www.riverland.edu.