Funeral services for Roger Duane Jacobson, 80, of rural Oakland will be at 2 p.m. Friday at Bayview/Freeborn Funeral Home. The Rev. Matt Williams will officiate. Interment will be in Hillcrest Cemetery at a later date. Visitation will be from 4 to 7 p.m. Thursday at Bayview and one hour prior to the service on Friday. Online condolences are welcome at www.bayviewfuneral.com. 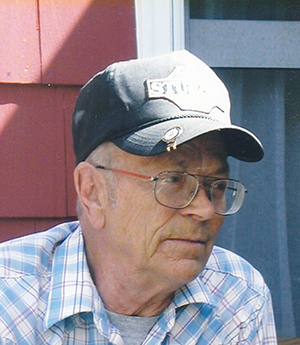 Roger Duane Jacobson was born Aug. 15, 1935, in Albert Lea, the son of Irvin C. and Agnes (Anderson) Jacobson. He grew up in the Clarks Grove area and went to the old one-room school in Lerdahl. Roger graduated from Albert Lea High School in 1953. He was a farmer, operating a dairy farm north of Clarks Grove. He also worked as a maintenance man for Lou-Rich. Roger was a member of North Freeborn Lutheran Church. He enjoyed working outside, tinkering on  old tractors and was a participant in the Shine Fest Tractor Parade. Other interests included playing pool, golf, bowling, cards and watching sports — especially the Minnesota Twins and Vikings. He always had a way with dogs and cats. Most important to Roger was the time he spent with his family at cookouts and family gatherings. He especially loved spending time with his grandchildren.

Roger was preceded in death by his parents and his son, Clayton.