Funeral services will be at 1:30 p.m. Friday at Salem Lutheran Church in Lake Mills. The Rev. Melinda McCluskey with officiate. 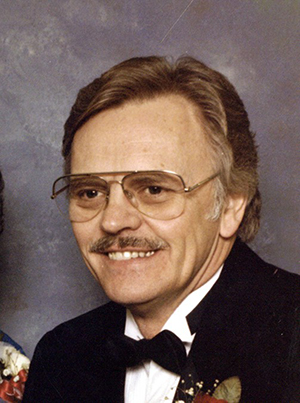 Visitation will be from 4 to 7 p.m. today at Salem Lutheran Church and again one hour prior to the service at the church. Burial will be at Salem Lutheran Cemetery. Military honors will be performed by American Legion Post No. 235 of Lake Mills.

Roger was born on Sept. 5, 1935, at home on the family homestead near Lake Mills to Melvin and Gladys (Martinson) Juveland. He was baptized at Scarville Synod Lutheran Church and confirmed at Salem Lutheran Church. Roger attended country school and graduated from Lake Mills High School in 1954. After graduation Roger served his country by enlisting in the United States Air Force. On April 13, 1957, Roger married Carol Dahl at North Blue Earth Lutheran Church in Bricelyn and they had three children, Tamera, Todd and Kristin.

During Roger’s military duty the couple lived in Oklahoma, and South Carolina. He also served a year in Iceland. The couple returned to the Midwest and Roger worked as a draftsman at Larson Industries in LeCenter, Kato Engineering in Mankato and Winnebago Industries in Forest City, Iowa.

Roger was a member of Salem Lutheran Church where he ushered, was a Sunday school teacher and served on the church council. In 1984 Roger and his wife took their dream trip to Norway, where they spent time touring the country with relatives. He enjoyed painting, refinishing furniture and woodworking as hobbies. Roger also played a role in the refurbishing of the uptown businesses that are part of Lake Mills Entertainment Inc. Roger spent many hours completing his family genealogy and compiled a book going back many generations. He loved spending time with his wife, children and grandchildren.