After a courageous and brave battle with cancer, Rosanne Alice Baggett passed away on Thursday, Nov. 19, 2015, in Boca Raton, Florida, at 62. She leaves behind her son, Bryan, and his wife, Wendi Baggett; daughter, Krista, and her husband, Josh Beekmann; and son, Dan Baggett; grandchildren Jaida and Trey Baggett; and Lillian, Logan and Lauren Beekmann. 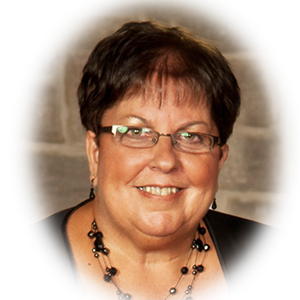 A service will be at 10:30 a.m. Saturday for family and friends at Emmons Lutheran Church.  There will be time to gather with the family and friends following the service from 2 to 6 p.m. at the Emmons American Legion. All are welcome to attend and celebrate Rosanne’s life.

Rosanne was born March 6, 1953, in Albert Lea to Dale and Alice (Jensen) Wadding. She grew up in a large, loving family with four brothers and one sister. Rosanne graduated from Emmons High School in 1971. She continued her education at Mankato State and she graduated with an associate’s degree in 1973.

On Sept. 18, 1976, she was united in marriage to the love of her life, David Harold Baggett. They lived together in Winter Park, Florida, until they moved to Emmons in May 1979. There the couple lived and raised their three children. Her children remember her as kind, loving mother who always encouraged them to pursue their goals.

Rosanne was a driven professional and thoroughly enjoyed working as a legal assistant throughout her life in Iowa — Sarno, Hanson and Fritz — and in Florida — Kim Vaughan Lerner.  When diagnosed with cancer in 2014, she remained dedicated in her work until she retired in July of 2015.

Rosanne was a devoted wife and mother. Her children and grandchildren were the most important things in her life, and her grandchildren were always able to put the biggest smile on her face. She also enjoyed playing cards, bowling, watching sporting events, knitting and collecting Wizard of Oz memorabilia. However, nothing in this world mattered more to her than spending time with her grandchildren and Rosanne’s legacy will live on through them.

Rosanne is survived by her children and grandchildren, as well as her mother, Alice Rasmusson; three brothers, Den and his wife, Roxy Wadding, Dale and his wife, Becky Wadding, and Nate Rasmusson; one sister, Annette, and her husband, Jim Thompson; mother-in-law, Martha Baggett; brothers-in-law Barre and his wife, Jane Baggett, Rick and his wife, Joyce Baggett; along with many nieces, nephews, great-nieces, great-nephews and other relatives and friends.

Condolences can be sent to www.browardburial.com.