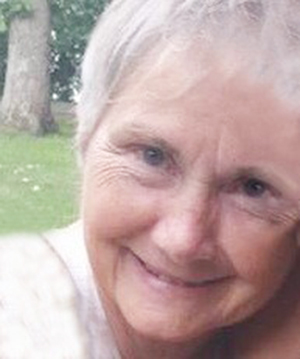 Sue was born on April 28, 1949, in Blooming Prairie to Claude and Marion (Espe) McCullough.  She graduated from Glenville High School in 1967. She graduated with a degree in elementary education from Luther College in 1971. She taught second grade in Glenville for two years. On April 14, 1973, Sue was united in marriage to John Klein at the Glenville Lutheran Church.  They moved to St. Peter where Sue was a stay at home mom. They moved to Mapleton in 1976. Sue and John later divorced and Sue moved to Albert Lea in 1998. Sue was always active at St. Teresa Catholic Church where she taught Sunday school. She enjoyed gardening, cooking, learning and family. Music was a big part of her life, she loved singing and playing the clarinet. Sue was a selfless, giving person, always putting others before herself.

She was preceded in death by her parents; son, Nathaniel; daughter, Rachel; brother, Buck; and sister-in-law, Debbie McCullough.