Winter is often a magical time for all nature 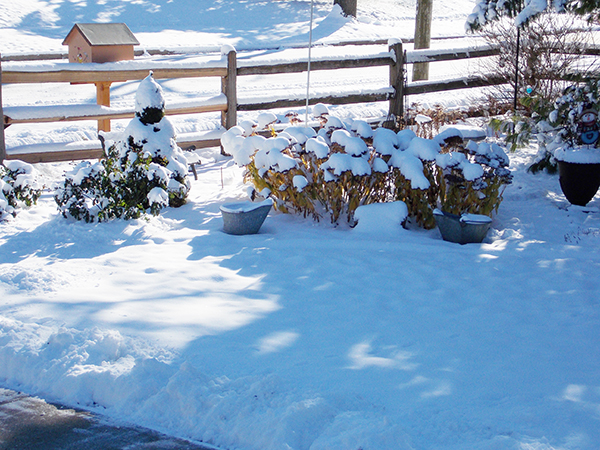 The sedum hang heavy with snow and the spruce looks like a soldier guarding the gardens. – Carol Hegel Lang/Albert Lea Tribune

A glance at the calendar reminds me it is December already, and I wonder where the year has gone. The teakettle whistles loudly, bringing my mind back to focus on making a cup of herbal tea while Roosevelt sleeps upside down next to my chair.

Outside snowflakes are gently falling, only to melt as they hit the driveway. The gardens are covered in a blanket of snow again after the first snow melted away. On the birdfeeder several chickadees dart back and forth from the feeder to the pine trees, singing their cheery greeting to each other. A squirrel scampers across the lawn stopping to look for a nut he buried earlier, but it isn’t there. Slowly one of the feral cats slinks across the lawn and under the fence. Oh, I hope it doesn’t see that chickadee that’s feeding on the ground. Several more chickadees have joined the group on the feeder now, but where did the cat disappear to? 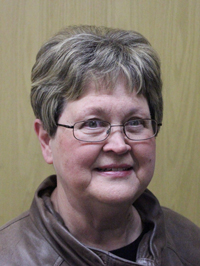 A crunching sound makes my head turn as Roosevelt is snacking on the rest of his breakfast in his bowl that he didn’t finish earlier in the day. He is what I call a “snacker,” eating throughout the day. I am surprised he isn’t looking out the windows to see if any squirrels are there for him to chase.

The cobalt blue gazing ball stands out in stark contrast to the white, snow-covered ground while a few feet in front of it, a winter garden scene flag sways gently in the breeze. “Whee,” it said as children swoosh down the hill on a sled laughing. I fill Roosevelt’s bowl again and he finishes eating. I pour another cup of hot water into my teacup before resuming watching the activity outside my window.

The squirrel has climbed up the pine tree now and he’s stealing a few of the sunflower seeds, glad that Roosevelt is not outside to chase him. My little free library looks lonely in front of the split-rail fence along the front of the garden, as no children have stopped by in the past two days for a book with the inclement weather.

Snow is heavy on the sedum as they bend from the weight. The street in front of our house is slushy with the temperature hovering near the freezing mark. The dwarf spruce looks like a tin soldier standing tall behind the amber flower carpet roses that are still holding on to their leaves.

A beautiful red male cardinal has joined the group at the feeder, and it reminds me that I need to make a trip outside to fill all of the feeders again. On the ground a flock of sparrows are scratching for leftovers that have fallen, and all is beautiful in the view from my kitchen window.

Soon the lights on the gazebo and fence will come on, adding a serenity to the view. The outhouse has a wreath all decorated with lights, too. Just to the east of the feeders sits a small wooden bench with two bowls of food tucked underneath on the ground to protect it from the falling snow that the cats eat from. On either side of the bench stand two bobo hydrangea filled with lacy brown panicles, as if they might be standing guard to the area.

Dusk is approaching and the activity at the feeders is ramping up, as soon they will all seek shelter for the night. The snowflakes that are falling will be highlighted by the lights from the garden, and it will become a magical place. The gardens provide so much peace and serenity, even though there are no longer flowers blooming. Nature is ever-present in my view from the kitchen windows that face east, south and west in a panoramic scene. All that is missing is a snowman smiling at me. Maybe I will have to have my granddaughter come over and we can make one together one day.

“Nature has many scenes to exhibit, and constantly draws a curtain over this part or that. She is constantly repainting the landscape and all surfaces, dressing up some scenes for our entertainment. Lately we had a leafy wilderness; now bare twigs begin to prevail, and soon she will surprise us with a mantle of snow. Some green she thinks so good for our eyes that, like blue, she never banishes it entirely from our eyes, but has created evergreens.”  — Henry David Thoreau