An Albert Lea man is facing prison time after allegedly choking a woman earlier this month. 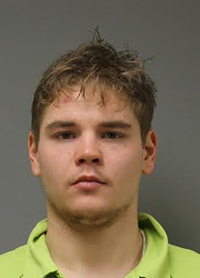 According to court documents, Ellingson was charged after officers were dispatched to a residence Wednesday in Albert Lea. Officers found the alleged victim, who was transported to the hospital. The alleged victim reported that Ellingson choked and hit her and that she had bruises on her body.

The alleged victim told an officer at the hospital that she had gotten into an argument with Ellingson because he thought she was lying to him. She said she remembered that Ellingson reportedly choked her multiple times and that she could not breathe. She also claimed Ellingson punched her in the face and dragged her by the hair during the assault.

According to court documents, the officer observed red marks and bruising on the alleged victim’s neck as well as bruises on her arm, back and leg.

Ellingson’s next appearance is scheduled for Feb. 4.

Ellingson was previously convicted of gross misdemeanor domestic assault in October 2013 and is currently on felony probation in Freeborn County.

If convicted of felony domestic assault, he faces a maximum sentence of five years in prison and a $10,000 fine.