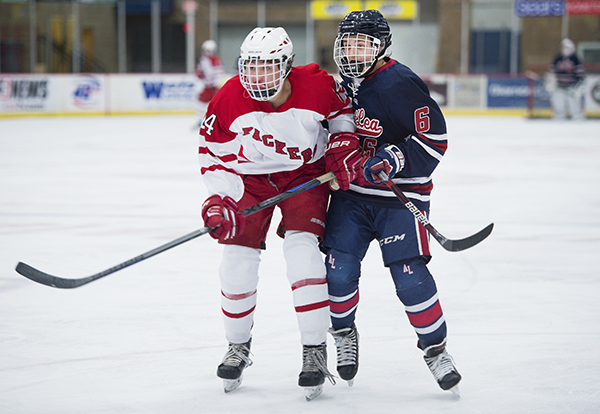 AUSTIN — Led by a dominant No. 1 line, the Tigers jumped out ahead early Thursday night, and that’s where they stayed.

The Tigers were the first to score on a goal by sophomore wing Michael Savelkoul in the first period, with Austin Dulitz and Sam Chalmers being credited with assists.

Albert Lea owned the second period, piling on a total of five goals. Four of those goals were scored in just one minute of regulation time. Seniors Foster Otten (wing) and Jack Pulley (center) each contributed two goals in the second, with junior defenseman Chalmers tacking on one as well. Otten, Pulley, Chalmers, Mitchell Evans and Noah Karge were all credited with assists in the second period action. The Packers managed to finally get on the scoreboard almost 12 minutes into the period.

Evans scored the Tigers’ lone goal in the third period, with Otten and Pulley both assisting.

Austin answered back, but couldn’t recover from the five-point deficit.

For Albert Lea coach Roy Nystrom, the win was a substantial one for his team against one of its Big Nine rivals.

“I thought our kids played well tonight,” he said. “They moved the puck well and were solid defensively and offensively.”

The Tigers outshot the Packers 40-30, with junior goalie Ben Witham racking up 28 saves.

The Tigers also took advantage by scoring on both of their power play opportunities, while the Packers came up short on all three of theirs. 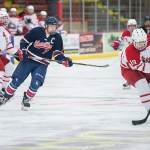 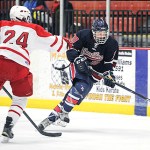 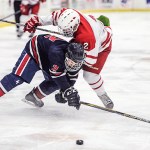 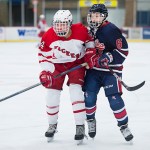