A celebration of life memorial service for Arthur L. Lombard of Albert Lea will be at 10 a.m. Saturday at the Bonnerup Funeral Service chapel. The Rev. John Holt will officiate. Visitation will be one hour prior to the service. Interment will be in Geneva Cemetery. Military honors will be accorded by Albert Lea area veterans groups. 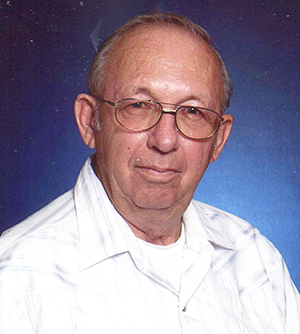 Art was born July 25, 1937, in Clarks Grove, the son of William and Mildred (Hanson) Lombard. He served his country in the United States Air Force, serving in France. On Dec. 17, 1960, he was united in marriage to Sharon Johnson at the First Lutheran Church chapel in Albert Lea. He resided in Freeborn County all of his life. Art was a member of First Lutheran Church in Albert Lea and was employed by Dave Syverson Ford and the Sorenson Garage as an auto tech.

Art was a member of Red Wing Collectors Society and the Albert Lea American Legion. He enjoyed camping, auctions, fishing, NASCAR and spending time with his family. He was very mechanically inclined and enjoyed working in the garage. He could fix anything put in front of him. He also enjoyed working on the Freeborn County snowmobile trail and teaching the snowmobile training classes.

He was preceded in death by his parents; sons Scott and Timothy; sisters Delores Lombard and Alice (Victor) Frost; brother, Allen Lombard; and stepfather, Orville Hartwell.