Carol June Persinger, 87, of Austin died Saturday, Jan. 16, 2016, at Primrose Assisted Living in Austin. Carol was born June 9, 1928, in Blue Earth. She was the daughter of Robert and Beulah (Smith) Rendall. She attended Claremont schools. Carol married Lynn J. Persinger Oct. 25, 1946, in Rochester. To this union, five children were born. Being a mother, grandmother, great-grandmother and great-great-grandmother brought Carol happiness throughout her life. In 1987, they moved to their home on Leech Lake where she loved to entertain her family and take the grandchildren fishing. Carol loved to cook, bake, dance, enjoyed her music, playing cards and would enter an occasional blackjack tournament. Carol was a member at Westminster Presbyterian Church in Austin and in the twilight of her life, she enjoyed watching Christian channels on TV. 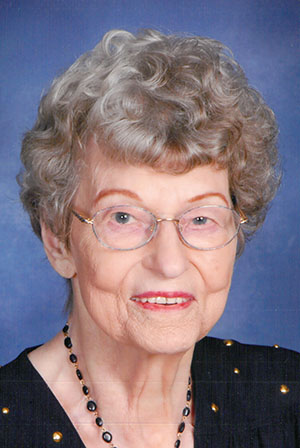 Carol was preceded in death by her parents; her husband, Lynn, in 2012; one son, Michael Lynn Persinger, in 2006; and one brother, Robert Rendall.

Funeral services will be at 11 a.m. Thursday at Westminster Presbyterian Church in Austin. The Rev. Michael Olmsted will officiate. Visitation will be from 4 to 7 p.m. Wednesday at Worlein Funeral Home and one hour before the service at the church. Interment will be at Oakwood Cemetery. Memorials are preferred to the donor’s choice. Services were prearranged and performed by Worlein Funeral Home of Austin. Condolences may be expressed to the family online at www.worlein.com.