Funeral services for Daniel Schatz will be at 11 a.m. Friday at St. Theodore Catholic Church. The Rev. Russell Scepaniak will officiate. Visitation will be one hour prior to the service at the church. Inurnment will take place in the spring.

Daniel Louis Schatz was born May 15, 1952, in Mason, Ohio, to Vernon and Elizabeth (Lynch) Schatz. The family moved to Arizona in 1960. At a young age Dan was diagnosed with diabetes, but he did not let that affect his childhood. Daniel graduated from New Trier High School in Lake Forest, Illinois. He continued his education at Iowa State University where he graduated with a Bachelor of Science in Zoology in 1976.

On June 15, 1974, Dan was united in marriage to Debra Nash in Decorah, Iowa. To this union, three children were born. The family lived in Ames, Iowa, until 1980 when they moved to Twin Lakes. Dan worked for Scotsman Ice and later Progress Castings before becoming a stay-at-home father, where he was happy to spend more time with his children. 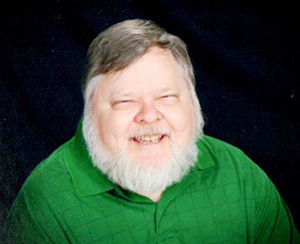 Dan was a member of St. Theodore Catholic Church. He was a Webelos leader in Pack No. 105 at St. Theodore’s, and earlier in his life was a leader in the Cub Scouts for almost 20 years. In his free time Dan was a history buff. He would often read or watch shows about a certain historical place and often would visit these locations if they were close enough to home. He also liked family history and genealogy. He would gather all of the information he could at family reunions and would make photo albums of all of his findings. In his earlier years he enjoyed canoeing, car shows, restoring cars and ’70s rock music. One of his greatest moments was hiking and camping in the Grand Canyon and Bryce Canyon while a Boy Scout in Arizona. Dan had a wonderful sense of humor, loved telling and hearing jokes and was full of puns that only dads would say — a tradition sure to be passed down to his children. Dan’s biggest joy in life was his grandson, Carter.

He is preceded in death by both his parents, and his mother and father-in-law.

He is survived by his loving wife of 41 years, Debra, of Twin Lakes; children Crystal Schatz of Twin Lakes, James Schatz of North Mankato and Carl (Brianna) Schatz and their son, Carter, of North Mankato; siblings Theodore Schatz of New Hampshire, Lisa (Brian) Almond and their son, Scott, of California, and Lynne (Robert) Halvorson of California; sisters-in-law Cheryl (Thomas) Grinna of Washington, Mary (Daniel) Shuckers of Iowa and Rebecca (Robert) Durst of South Dakota, as well as their families; and numerous aunts, uncles, cousins and other loving relatives.