Memorial services for David L. Utzka, 45, of Hollandale will be at 11 a.m. Tuesday at St. Theodore Catholic Church. The Rev. Russell Scepaniak will officiate. Visitation will be from 5 to 7 p.m. today at Bayview/Freeborn Funeral Home and one hour prior to the services at the church. Online condolences are welcome at www.bayviewfuneral.com. 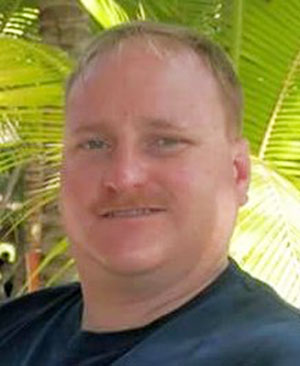 David Leroy Utzka was born on Dec. 16, 1970, in Wells the son of Eugene and Ann (Wilder) Utzka. He attended and graduated from Albert Lea High School and attended Riverland Vo-Tech, receiving his commercial driver’s license. David was united in marriage to Bobbie Jo Johnson on April 29, 2000, at St. Theodore Catholic Church. He was employed at Barry Pallets in Waseca as a truck driver for the last year. Before that he worked at McLane in Northfield for 10 years, also as a truck driver, and Streater for 13 years. David also worked at Hy-Vee where some may know him as “Piranha.” He enjoyed the yearly fishing trips up north with his family.  He looked forward to spending a full week out of town with family and friends which is where the nickname “Porkchop” came from. David also enjoyed playing cards, hanging out with his friends, playing on the ATV (which he called his kid), casino trips and watching movies.

David was preceded in death by his grandparents, mother-in-law, and best friend, Tom Lehto.