Funeral services for Donald E. Myhre will be at 10:30 a.m. Saturday at Cross of Glory Church in Hartland. The Rev. Mark Hillmer will officiate. Visitation will be one hour prior to the service at the church. 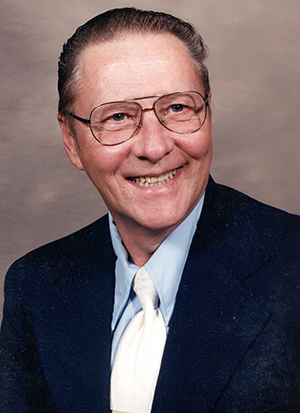 Donald Everett Myhre was born Jan. 5, 1933, in Hartland to Lewis and Malva (Erickson) Myhre.  He attended and graduated from New Richland High School. Soon after, he joined the United States Navy where he was mainly stationed in Japan and served honorably until his discharge in 1955. Donald began working at the Hartland Creamery and eventually made a career working at Evenson Masonry as well as various other masonry companies in Waseca. He was a member of the Cross of Glory Lutheran Church, Hartland American Legion, and the Waseca Veterans of Foreign Wars. His hobbies included coin collecting, photography and fishing. He liked to watch Old Western movies, listen to the Minnesota Twins and watch the Minnesota Vikings.

He is preceded in death by his parents; sister, Marvel (Clifford) Johnson; brother, Joe (Harriet) Myhre; and sister, Elaine Myhre.

Donald is survived by his sister, Alice Miller, of Hartland; nephews Duane (Dawn) Miller of Hartland, Clifford (Jody) Johnson of New Richland and Roger (Vickie) Myhre of Mason City, Iowa; niece, Fern (Barry) Oberg of Rochester; along with many great nieces and nephews.