Funeral services for Dorothy (Lozen) Johnson will be at 11 a.m. Thursday at St. Theodore Catholic Church. The Rev. Russell Scepaniak will officiate. Visitation will be from 4 to 7 p.m. Wednesday at the Bonnerup Funeral Service chapel in Albert Lea, as well as one hour prior to the service at the church. Interment will be at St. Theodore Cemetery. 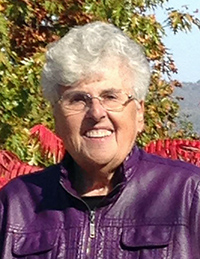 On Feb. 8, 1964, she was united in marriage to Clayton Johnson in Mount Clemens. The couple moved to Albert Lea, a place they called home, in March of 1964. Dorothy worked the last 40 years as a nurse at St. John’s Lutheran Home, and loved what she did.