Funeral services for Duane G. Skov, 84, of New Richland will be at 11 a.m. Friday, Jan. 15, 2016, at St. Peter Lutheran Church in New Richland. The Rev. Scott Williams will officiate. Interment will be at Carlston Cemetery. Military honors will be accorded by the Veterans of Foreign Wars and American Legion honor guard. Visitation will be from 4 to 7 p.m. Thursday at Bayview/Freeborn Funeral Home and one hour prior to the service at the church. Online condolences are welcome at www.bayviewfuneral.com. 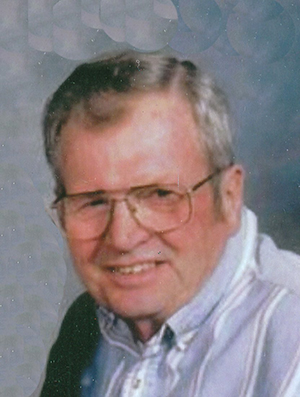 Duane George Skov was born Sept. 4, 1931, in Albert Lea to Harold and Erna (Mickelsen) Skov of Alden. He was the first of four children who were all brought up on the Skov farm north of Alden. He helped farm with his father and then worked for Jim Stencil, shelling corn for area farmers. Duane was drafted into the Army in 1952, coming home for good in early 1955. He met his future wife, Pat Pedersen, at that time. He went back to work for Jim Stencil and helped on the farm. Duane and Pat married on Feb. 21, 1959, at Danish Lutheran Church in Alden. Together they raised two children, Linda and Michael. They moved to Hartland and farmed for two years there and then moved to Alden and farmed south of Freeborn Lake for two more years. Duane then worked for both Dan Olson in Mansfield and the Alden Elevator, driving truck and grinding feed for area farmers. He was hired by Freeborn County Co-op Oil and worked at the gas station there for two years until an LP gas delivery truck job opened up. Duane moved to New Richland in December of 1986. He delivered LP gas for 31 years in four counties. After retiring at 67, he worked part time for the New Richland Co-op.

Duane was preceded in death by his parents; son, Mike; granddaughter, Holly; and brother-in-law, Merlyn Swehla.