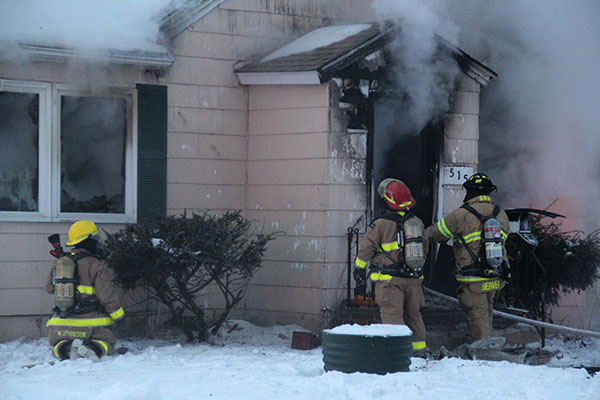 Initial reports indicate no one was injured.

The cause of the fire has been listed as accidental.

The initial report of the fire, at 515 Pillsbury Ave., came shortly before 5 p.m. Saturday. The person who reported the fire stated there was smoke coming out of the house. Flames were visible from the street as the fire quickly grew, and smoke was visible from blocks away.

Firefighters arrived and were able to control the fire within 15 minutes.

The fire is thought to have started from a nightstand next to a bed in the northeast corner of the home.

All of the three shifts of the Albert Lea Fire Department were called in to the scene.

Temperatures at 5 p.m. Saturday were about 2 degrees below zero.

The Albert Lea Salvation Army was called in to assist the firefighters, and the American Red Cross is assisting the family, identified as one adult and two children. 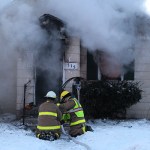 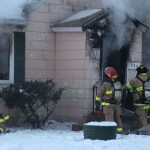 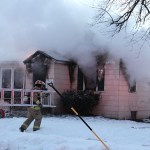 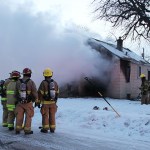 Firefighters wait outside of a house at 515 Pillsbury to receive commands as a few others fight the fire from inside. — Sarah Stultz/Albert Lea Tribune