Gun permits on the rise 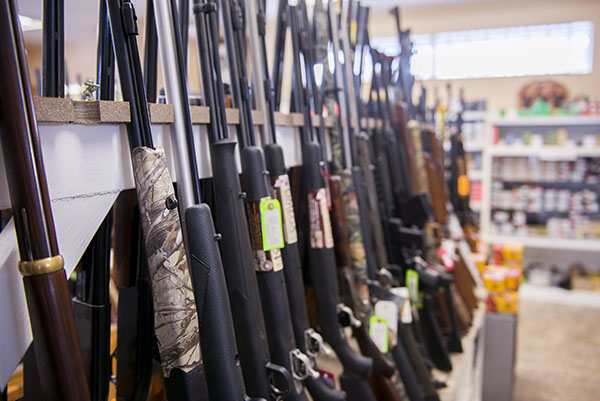 Reports show numbers went up in last 2 months of 2015

Permits to carry guns in the last two months have at least doubled, according to records of the Freeborn County Sheriff’s Office.

Freeborn County Sheriff Kurt Freitag said monthly permits to carry issued remained in the upper teens to the low 30s for most of 2015, but in November and December, the numbers increased to 47 and 64.

Freitag said he thinks mass shootings in Newtown, Connecticut; Aurora, Colorado; San Bernardino, California; and Chattanooga, Tennessee, as well as other places, have left local residents feeling an increased need to protect themselves. 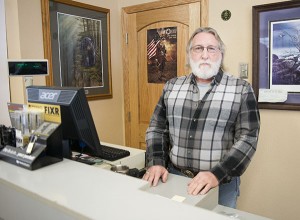 With the government’s response to these shootings, he said he thinks citizens are concerned that the federal government is going to implement tougher gun control measures that will limit their ability to purchase firearms.

“People are scared that their ability to buy a firearm to protect themself is going to be taken away,” Freitag said.

Permit to carry applications have more than doubled in Freeborn County since 2012.

According to Sheriff’s Office records, permit to carry applications from the past four years are as follows:

Owner of Hart Bros. Weaponry, Milan Hart, said he has seen an extreme increase in the amount of interest in conceal-and-carry permits. He conducts concealed carry courses on a twice-a-month basis but insists he could hold them weekly due to the public’s interest.

“They want to protect themselves on the streets,” Hart said. “The streets aren’t getting any safer.” 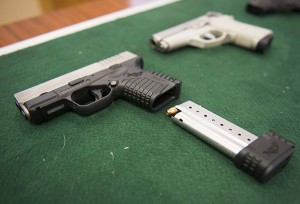 Hart said that handguns, such as the Springfield Armony XD-S 9mm pictured, are being saught out more as concealed carry permits rise. — Colleen Harrison/Albert Lea Tribune

Hart said he has noticed the upswing since President Barack Obama was elected in 2008, and said the increase has become more marked since Obama issued an executive order on guns earlier this month.

Included in Obama’s executive order are requirements of gun sellers to be licensed and conduct background checks on potential buyers.

Hart predicted that if Hillary Clinton becomes the next president, gun profits will continue to explode.

He suggested leaving the Second Amendment as is and getting to the root of the problem.

Hart cited single-parent families, what he described as “a Godless society,” family values, education and a lack of firearm safety as reasons for recent mass shootings.

He also claimed violent video games were partially to blame, and said the Second Amendment can prevent against government tyranny.

Former District 27A Rep. Robin Brown, a DFLer, said the country should be working together to solve the issue of gun violence and said the issue shouldn’t be a partisan one.

Brown said she is a strong supporter of the Second Amendment, but she thinks there are rules and regulations that can be made to preserve it and protect the community.

Brown said she is a gun owner and plans on renewing her permit to carry.

A former NRA member, Brown said she received calls from the organization in the wake of mass shootings, that said Obama was going to take away guns.

“He’s not coming for our guns,” Brown said.

Brown said most mass shootings she has heard about have tied back to mental illness.

“I think we need to join together as communities and families so that we can get help for the mentally ill and protect them individually and those people around them,” Brown said. “We need to reach out to people, trust our gut instinct and take care of each other.”