Funeral services for Leonard R. Stanek will be at 10:30 a.m. Thursday at St. Theodore Catholic Church. The Rev. Russell Scepaniak will officiate. Visitation will be from 5 to 8 p.m. Wednesday at Bonnerup Funeral Service in Albert Lea and again one hour prior to the service at the church. Military honors will be accorded by Freeborn County veterans organizations. 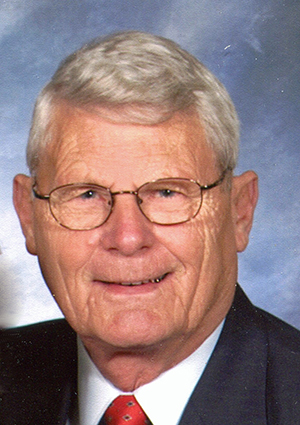 Leonard Robert Stanek was born  Jan. 22, 1935, to Leonard D. and Evelyn C. (Tukua) Stanek in Austin. He attended schools and later received his general education degree. As a young man, Leonard served his country as a United States Marine. Lenny was stationed in Korea where he was wounded in the head during battle. He would later be honored with the Purple Heart for his service. Also, while in the service, Lenny participated in the atomic bomb testing in Ucca, Nevada, while he was stationed at Horno. He has a picture of the actual atomic bomb to prove it. He was honorably discharged on Oct. 16, 1955. Lenny was very proud to serve his country as a United States Marine.

On March 2, 1957, he was united in marriage to Sharon (Harves) in Albert Lea. The couple was blessed with five children. Leonard began working for the railroad and continued that for a few years. He later took a job at Wilson and Co., where he worked for 20 years before becoming a business agent for Local 6 of United Food and Commercial Workers, serving the packing house workers in Albert Lea. He worked there until his retirement in 1995. Lenny and Sharon also later managed Senior Court together for a number of years.

Leonard was a member of St. Theodore Catholic Church. He also served and volunteered on many boards throughout his life. He organized and coached little league baseball, was a part of the Football Quarterback Club, served on the Hockey Association Board and ran the concession stand for the first five years the Albert Lea City Arena opened. He also served on the Trades and Labor Senior Housing Board for 41 years, was on the United Way Board and served 22 years on the Park and Recreation Department Board. He was also a member of the Fast Pitch Hall of Fame. He enjoyed volunteering his time to help the city and community of Albert Lea grow and prosper. In his free time, he enjoyed fishing and camping up North, where his family and friends would all gather.

He is preceded in death by his father, Leonard; mother, Evelyn Spilde; stepfather, Victor Spilde; brother, “Conky” Stanek; and a brother-in-law, Phillip Beaver.