20-year-old reportedly turns himself in to police

An Albert Lea man suspected in a Maplewood aggravated robbery earlier this month has turned himself in, according to the St. Paul Pioneer Press.

Kenwone Darrion Pruitt, 20, was charged Jan. 8 with two counts of aggravated robbery and one count of robbery, kidnapping and burglary after allegedly participating in the robbery of a 75-year-old woman of Maplewood’s Carefree Cottages on Jan. 2. 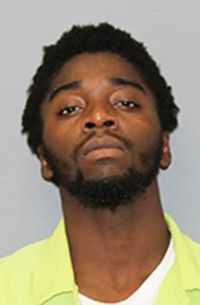 A nationwide warrant had been issued for his arrest.

Pruitt turned himself in at the Olmsted County jail and was transferred to Ramsey County, according to the Pioneer Press. His warrant was reportedly cleared when  he was arrested Jan. 15.

According to Ramsey County District Court documents, the 75-year-old was reportedly confronted at her door by another woman holding a handgun. That woman reportedly forced her way inside and called two male accomplices, one of whom choked the resident until she was unconscious, investigators said. The resident reportedly awoke to find her driver’s license, Social Security card and credit cards missing.

According to the Pioneer Press, investigators tracked the stolen credit cards and supplied local media with surveillance images of suspects using the cards at various gas stations and retail stores.

Police arrested Shonice Lacyra Harmon, 23, of Minneapolis and Deandre Vershaun Wims, 25, of North St. Paul, on the belief that Harmon was the woman who came to the resident’s door and that Wims participated in the robbery.

After her arrest, Harmon reportedly confessed to her role in the robbery to police, the complaint said.

According to court documents, Harmon told police Wims tried to choke the resident with an article of clothing, and when that didn’t work, Pruitt used his arm to apply a chokehold. After the woman passed out, Pruitt dropped the woman and she hit her head on a table, the complaint said.

The alleged victim was reported to be in good condition earlier this month.