‘Messages Through Music’ to be presented at Riverland 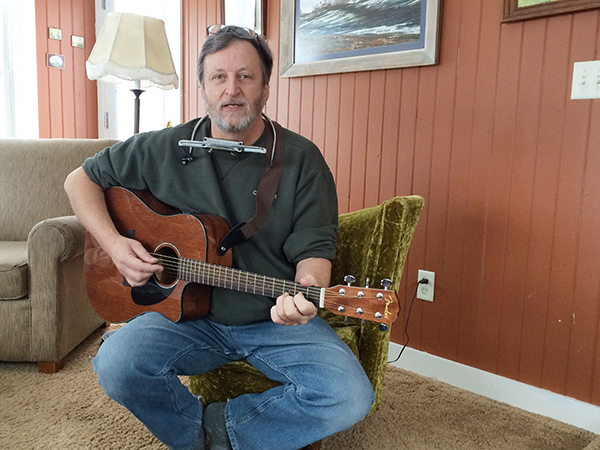 He said he will perform four or five songs with guitar and harmonica, including selections from singer-songwriter Woody Guthrie and Americana string band Old Crow Medicine Show, to name a few. Pictures will be shown on a screen during the performance.

Those artists wrote about many of the same issues as King, Muschler said.

“We’re going to try to make it both entertaining and educational,” he said. “The songs are wonderful songs.”

One organizer, Paul Goodnature, said he has known Muschler for many years from when Muschler was a student in his high school humanities class.

Muschler said he picked up a guitar when he was college-age and has played ever since, at one time even playing in a group called the Blue Moon Band.

“I like folk music and old country music,” he said.

He presently lives in St. Charles and is a fourth-grade teacher at St. Charles Elementary School. He said he uses his guitar frequently to teach in the classroom.

He and his wife, Kay, have four children, and his mother, Joan Muschler, still lives in Albert Lea.

In addition to Muschler’s performance, members of the fourth- and fifth-grade choir from Halverson Elementary School will perform under the direction of Mandra Peterson, and Cassie Schreiber will sing a Finlandia “Song of Peace” and lead attendees in singing “Let There be Peace on Earth” at the end of the program.

Goodnature said first and foremost the event will celebrate the legacy of King and the achievements made in many areas that he advocated for.

“It’s going to be unique and a lot more involvement with the audience,” he said. “It will be very educational, moving and entertaining at the same time.”

A social gathering will be before the program at 5 p.m. with the program to begin at 5:30 p.m. in the lecture hall at Riverland Community College.

Snacks and hot cider will be served during the social gathering. A $3 donation is suggested for refreshments, and people are also encouraged to bring nonperishable items to donate to a local food shelf.

This is the 28th year for the program.