Morris J. Sorenson of Albert Lea passed away peacefully Tuesday, Jan. 19, 2016, at his home surrounded by the love of his family.

He was a 1962 graduate of Albert Lea High School and earned his undergraduate degree at Minnesota State University in Mankato in 1966. 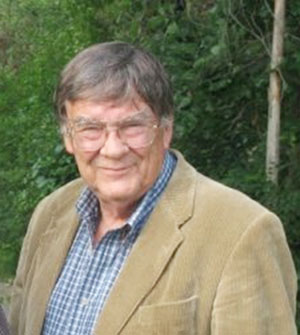 After completing his Juris Doctorate at The University of Utah, he passed the California Bar and entered the United States Marine Corps as an attorney in the Judge Advocate General’s office.  He was honorably discharged with the rank of captain in 1974.

He then settled in southern California where he met the love of his life, Pegi (Papuga). They were married in 1978 in Orange County. He started his own law practice which focused primarily on family law matters. He was especially proud of a case he argued in front of the California Supreme Court concerning divorce and intellectual property which was later profiled by Mike Wallace on 60 Minutes. In the early 1980s his work brought him from southern to northern California and he moved his practice and family to Petaluma, California, in 1986 and eventually to Santa Rosa, California, in 1990.

Morrie, Pegi and the family came to Albert Lea every summer to join with other family members and spend time at their home on the lake. Morrie always managed to set aside at least a month or more for his vacation in Albert Lea to reconnect with his childhood friends and enjoy life on the lake from his back porch.

Upon his retirement, Morrie and Pegi moved permanently to their home in Albert Lea.

Morrie was blessed with three wonderful children, Erik, Deborah and Kyle. He delighted in being a grandfather to Erikka Talalelei, born in 2014 to Erik and his wife, Theresa (Tupuola).

He is survived by his brother, Arthur; and his nieces and nephews Todd, Jeni and Lindsey (and grand-niece, Libby) as well as by Arthur’s wife, Yvonne, and her two children, Chad and Sonya.

He was preceded in death by his daughter, Margaret (stillbirth 1985); and his parents Helen French and Morris N. “Porky” Sorenson.

Morrie enjoyed people and his special gift was bringing them together. He collected good friends and didn’t hesitate to reach out and connect with them, even after many years. He enjoyed music and eclectic company. He loved to tell a great — but long —story. He was passionate about the history of World War II and spent many years collecting militaria from that era. He enjoyed screenwriting and had several active scripts.

Morrie and Pegi traveled extensively across six of the world’s continents. They loved experiencing the world and its beauty together. Even as his mobility decreased, he continued to travel and found a delight in the luxuries of cruising.

A memorial celebration is being planned for late summer at his home in Albert Lea, at which time his cremated remains will be interred with military ceremony at Hillcrest Cemetery, alongside his mother and father.

Morrie quoted Winston Churchill, “I am prepared to meet my Maker. Whether my Maker is prepared for the great ordeal of meeting me is another matter.”