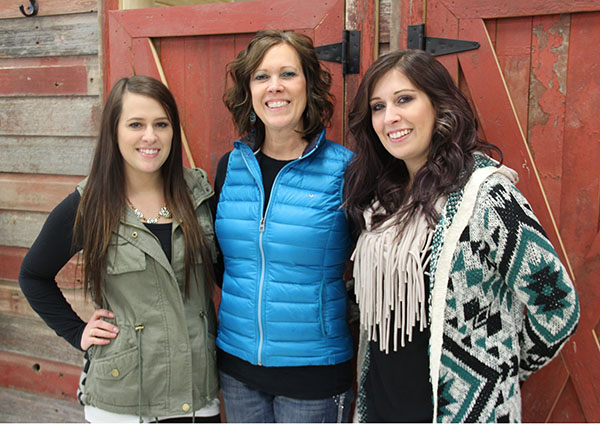 An Albert Lea mother-and-daughter-operated business has quadrupled their space with a move into the former Sears building on Bridge Avenue.

After being at the mall for more than two years, Dahl said they decided it was time to take the business to the next step, as things were fairly tight in the old location and they wanted a place that had its own storefront and lighted sign.

“We felt we needed to get more exposure,” Dahl said.

They said they thought the former Sears building was a good location right off of Interstate 90.

Dahl said they got into the building in October and began upgrades. All of the floors have been cleaned, the walls painted and new dressing rooms put up that are made out of old barn wood from a family barn. Rusted tin from a close friend was also put up on the lower part of the walls.

The family said they closed the store at Northbridge Mall on Jan. 1, moved all of the merchandise in one day and then re-opened at the new location on Jan. 4.

They have expanded their boots, horse tack, household decor and jewelry and brought in a fragrance line. 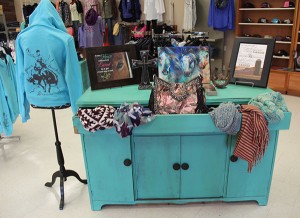 “Eventually we want to expand on everything,” Wipplinger said.

Some of the companies they work with are Ariat, Cinch, Rock N’ Roll Cowgirl, Tony Lama and Double H.

The family said though they may appeal to the age range of 20 to 40, they have merchandise for all ages. The business carries clothing for infants on up.

Many of the jeans are also considered mainstream and could appeal to people who aren’t necessarily interested in the western scene.

The store, which is about four times larger than the space was at Northbridge Mall, also features Traeger grills and flag poles sold through Dahl Farm Supply, another family business.

“The best part is being able to work with them,” Dahl said about her two daughters.

Dahl works for Dahl Farm Supply in the morning and comes to the store in the afternoons and evenings.

They also have a few part-time employees — who for now happen to be all women.

She said she looks forward to continuing the business.

“We have really enjoyed getting to know the community,” she said.

Country Soule originally opened the day after Labor Day in 2013 at Northbridge Mall.