Funeral services for Philip J. (Phil) Callahan of Albert Lea will be at  11 a.m. Wednesday at St. Theodore Catholic Church in Albert Lea. The Rev. Russell Scepaniak will officiate. Interment will be in St. Theodore Cemetery. Military honors will be accorded by Freeborn County veterans organizations. Visitation will be from 5 to 8 p.m. Tuesday at Bonnerup Funeral Service and one hour before the service at the church. 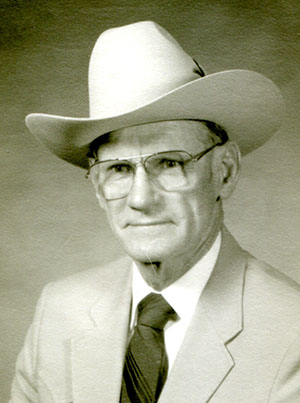 He was born on May 31, 1924, in Freeborn County, the son of Jerome “ Jerry” and Margaret (Cunningham) Callahan.

Phil served his country in the United States Army in World War II from November 1944 until his honorable discharge in July 1946. He was stationed in England, France and Germany primarily working as a medic.

He was united in marriage to Betty L. Halverson on Oct. 14, 1950, at St. Theodore Catholic Church.

Phil started as lineman and then meter service for Freeborn/Mower Electric for 41 years before retiring. Phil was a founding member of the Sunset Saddle Club, had been active in the  Western Saddle Club Association and numerous draft horse shows across the country, where he had served as judge for many years. He had a great passion for showing horses — especially with his daughter, Mary — including Quarter Horses, Belgians and Percherons.

Phil and Betty had enjoyed dancing and socializing with friends in their more than 65 years together.

Philip is survived by his wife, Betty; daughter, Mary Callahan of Farmington; sisters-in-law Doris Callahan and Elaine Bjerke of Albert Lea; and many nieces and nephews.

He was preceded in death by his parents Jerry and Margaret Callahan; brothers Edward and his wife, Violet, Robert and Patrick; sisters Anne and her husband, Roland Casterton, and Mary Ellen and her husband, Bob O’Leary; and brothers-in-law Rollin Halverson and Byron Bjerke.