Robert “Bob” Alvey of Hollandale passed away peacefully on Sunday, Jan. 24, 2016, at Prairie Manor Care Center in Blooming Prairie at the age of 94 after a short illness. A celebration of Bob’s life will be 10:30 a.m. Saturday at Hollandale Reformed Church with visitation one hour before the service and lunch to follow at the church. The Rev. Neal Ooms, a loving friend of Bob who visited him often, will officiate. Online condolences are welcome at www.bayviewfuneral.com. 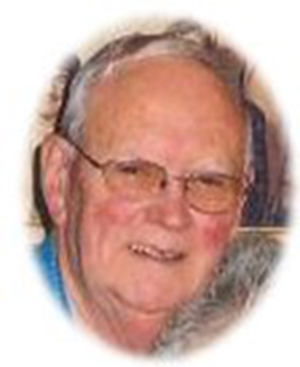 Bob and Charlotte were united in marriage on June 30, 1945. They met attending Hamilton Business College in Mason City, Iowa, and moved to Hollandale when they graduated. Bob was hired as a bookkeeper at Paul D. Jones Inc., where he spent his entire adult life selling potatoes and onions. When Paul Jones passed away, Ted Munson and Bob bought the business and ran it until their retirement. They enjoyed working with the local farmers and their customers throughout the Midwest. Even in retirement he continued to work with Veger’s of Hollandale, who purchased Paul D. Jones. Potatoes and onions were Bob’s passion and he still talked about it up until the end, always reminding that, “It’s not a meal without potatoes!” Bob loved life and always presented the bright and positive side of life to all he knew. Bob and Charlotte enjoyed living, working and appreciating the smalltown atmosphere, walking together hand in hand in Hollandale.

He was preceded in death by his wife of 61 years, Charlotte (Jensen); brother, Kerm, and his wife, Esther (Heitland) Alvey; and sisters Mirth Alvey, Willa Alvey and Viola (Helmer) Swenson.

Bob’s loving immediate family was with him to the end of his life on Earth, including oldest son, Larry Alvey, of Albert Lea; daughter, Christine Alvey, of Milan, Michigan; and youngest son, Mike, and Penny (Levine) Alvey of Austin. Bob’s three grandchildren are Jed (Anna) Olvera, Clay (Anna) Levine and Sam (Kaitlin) Olvera. He also had 10 great-grandchildren, one great-great-granddaughter; and a niece, Karen (Alvey) Suroff and her husband, Fred.

He will be missed and his memory will forever help his family continue on until they’re all reunited again.