Funeral services for Ronald A. Hallum, 61, of Albert Lea will be at 10 a.m. Thursday at Ascension Lutheran Church. The Rev. Mark Boorsma will officiate. Interment will be at Hillcrest Cemetery. Military honors will be accorded by Veterans of Foreign Wars and American Legion honor guards. Visitation will be from 4:30-6:30 p.m. Wednesday at Bayview/Freeborn Funeral Home and one hour prior to the service at the church. Online condolences are welcome at www.bayviewfuneral.com. 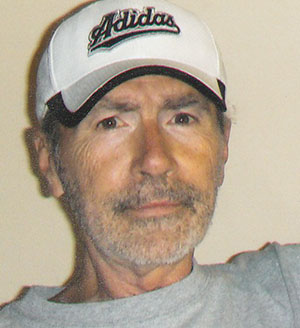 Ronald A. Hallum was born on Jan. 1, 1955, in Albert Lea, the son of Donald and Elaine (Bakken) Hallum. He grew up in rural Albert Lea, graduating from Albert Lea High School in 1973 and attended Rochester Community College. He honorably served in the United States Army from 1973 to 1976 with overseas service in Korea. He worked as a jailor in the Freeborn County Sheriff’s Department and then worked at Mrs. Gerry’s in Albert Lea. He was a member of the Eagles Cluband American Legion. Ronald enjoyed his Minnesota sports teams and doing daily crossword puzzles.

Ronald was preceded in death by his father, Donald, Sr.; brother, Robert Hallum; grandparents Albert and Emma Bakken and Oscar and Hilda Hallum; and many aunts, uncles and cousins.