Memorial services for Sachiko Cameron, 82, of Owatonna, formerly of Albert Lea, will be at 1 p.m. Monday at Bayview/Freeborn Funeral Home. The Rev. George Marin will officiate.  Interment will be at Graceland Cemetery. Online condolences are welcome at www.bayviewfuneral.com. 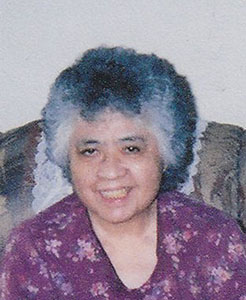 Sachiko (Hayashida) Cameron was born Jan. 1, 1934, in Nagasaki, Japan. She and her family survived the World War II bombing in August 1945 in a shelter. Sachiko would later meet a United States Navy Officer, Donald Cameron of St. Elmo, Illinois. On June 22, 1959, she married Donald at the City Hall in Fukuoka, Japan. Sachiko immigrated to the United States in 1960. She and Donald eventually settled in Albert Lea and lived there for many years. Donald passed away in 1991. Later, she moved to Owatonna.  Sachiko was a member of the Veterans of Foreign Wars Ladies Auxiliary and enjoyed sharing her Japanese culture with friends.

She is survived by many friends.