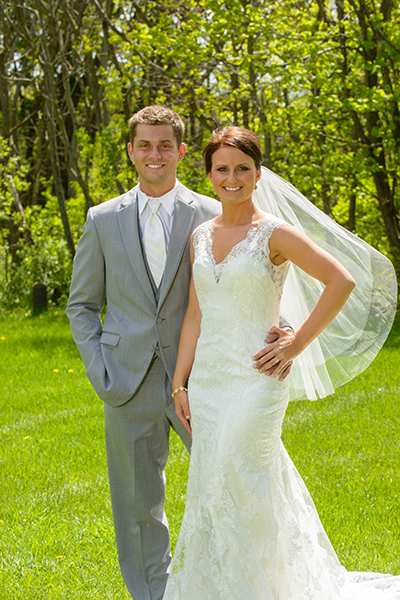 Alexandra Schmitz and Luke Grossman were united in marriage at 4:30 p.m. May 9, 2015, at Grace Lutheran Church in Albert Lea. A reception followed at the 4-H building at the Freeborn County Fairgrounds. The Rev. Mark Boorsma officiated.

Personal attendant was Priscilla Arjes of Nashville, Tennessee, friend of the bride.

Scripture reader was Korynn Kelly of Fort Worth, Texas, friend of the bride.

The groom is the son of Susan and Joseph Grossman of Albert Lea and Jodi and Tony Adamson of West Des Moines, Iowa. Grandparents of the groom are Marcia and Lloyd Querrey of West Des Moines and Paulette and Ed Miller of Ipswich, Iowa.

The bride is a 2008 graduate of Albert Lea High School. She received a Bachelor of Science in dietetics in 2013 from Minnesota State University in Mankato and a Master of Arts in multidisciplinary health and communication studies in 2014 from Fontbonne University in St. Louis. She is employed as a registered dietician with the Broadlawns Medical Center WIC program.

The groom is a 2010 graduate of Albert Lea High School and is employed at Continental Fire Sprinkler Co.