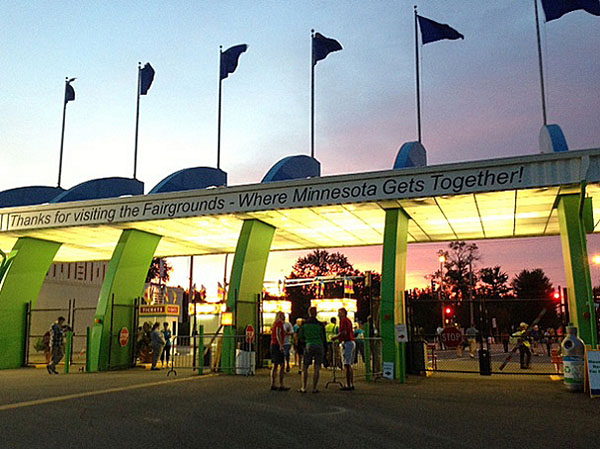 With arctic air gripping the region, the Minnesota State Fair seems a long way off. But fair officials are already planning for a sequel to the successful West End Market expansion that opened in 2014.

They offered a sneak peek at their annual meeting this past weekend, previewing an expansion on the north end of the 320-acre fairgrounds — between the campground along Snelling Avenue and the Pet Center.

“It needs an anchor,” said Jerry Hammer, the fair’s general manager. “Just something permanent and spectacular and wow, so that you get the same kind of neighborhood feeling that you get in the southern part of the grounds. The idea has been around for a long time, but the specifics are coming together really quick.”

The fair had record attendance in 2014, helped by a new entrance, big new restaurants and a sprawling outdoor market. And in 2015, the fair had its best year financially.

The new plan isn’t as expansive as the recent West End upgrade. But Hammer said the idea is still ambitious and could include new attractions the fair hasn’t been able to accommodate before.

“We’ve been talking for 30 years with people like the Smithsonian Institution and the Science Museum of Minnesota and a lot of show producers about bringing things in,” Hammer said. “Every year you change it. So one year it’s the Beatles, the next year it’s interplanetary space travel. And there’s so much of it out there that we’re constantly getting contacted and we’re not able to do much. Well, we will. We’ll have a facility that will work for them.”

That venue would probably take the form of a heated, year-round hall, just inside the north end gate. It could host exhibits, receptions and shows — fair-related and not — with easy parking nearby.

“There would be a hall of some size there, again, there would probably be some venues to help support that, maybe places to sell things, a restaurant of sorts,” said Brian Tempas of the Cuningham Group, the architectural firm that designed the West End Market. “An amphitheater has been talked about. So it might be 300 to 500 people watching on a stage venue of some kind, similar to what’s happening on the West End Market with that amphitheater.”

The space would be intended for dance, theater and comedy shows that could offer an alternative to the musical shows in the main bandshell and on the West End stage.

Tempas said the north gate entrance on Hoyt Avenue will also have a little more fanfare for fairgoers, like the so-called Super Gate at the transit hub.

“You’re trying to give them kind of a celebrational entrance, to kind of give them the ‘wow’ factor to coming in,” he said.

Fair officials said that will likely include a new entrance plaza and possibly a “Minnesota Walk of Fame.”

And in addition to the amphitheater, the entrance and the exhibit space, there’s one more major part of the upgrade on the drawing board, with a nod toward the agricultural history of the fair’s north end.

The fair is considering a permanent pavilion that would highlight the future of agriculture, said Sharon Wessel, the new president of the fair’s governing board. That might include smart crops, agriponics and sophisticated water management, among other subjects that would change every year.

“It’s a chance to do some more advanced agriculture advocacy,” she said. “Teach them about the future. Where is that trend going?”

So far, the plans are very preliminary. The fair doesn’t have any renderings to show, and fair officials said they don’t yet have a budget for the whole project — but it will be smaller than the $18 million West End Market project.

The plan could be unveiled as soon as this fall, with construction starting in a little over a year. The soonest it would likely be ready for the public would be August 2017, although the timeline still depends on lots of planning and fundraising to make it happen.