Students from region to present in one-act play event 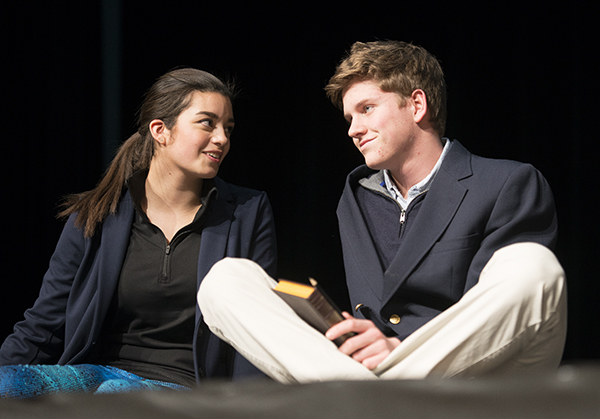 Albert Lea High School student actors will get a chance to perform a drama Thursday during the regional one-act play competition.

Local students will present scenes from “Winners” by Brian Friel at 3:30 p.m. at the Albert Lea High School auditorium.

The competition is open to the public. 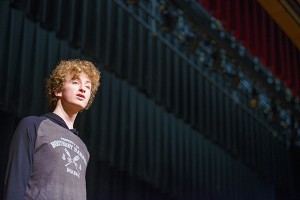 Admission is free, and Albert Lea is the host of the south sub-section one-act play competition. Other schools participating are Kasson-Mantorville, Rochester John Marshall, Rochester Mayo, Waseca and Winona.

According to a synopsis, Joe, played by Sam Ehrhardt, and Mag, played by Heather Wirkus, are meeting to study for final exams. The couple is set to get married in three weeks because Mag is pregnant.

The event, however, ends in tragedy.

A male and female narrator, played by Logan Petersen and Justine Nelson, will tell the audience of the tragic ending.

The top two schools will advance to the section finals Feb. 4 at Lakeville High School.

Director Lilah Aas said the play will provide members of the public a half-dozen quality performances.

Aas hopes the cast performs well enough to advance to the next round, and she said she is already proud of the group.

She complemented the cast in being able to grasp Irish accents for the play.

All one-act plays can be a maximum of 35 minutes long.

Wirkus said the play gives community members the chance to see high school students display their talent and hard work they put into the play.

“It’s just going to be super fun,” Wirkus said. “We put a lot of time and work into this.”

• Justine Nelson as the woman narrator

• Logan Petersen as the male narrator

• Ryan Nelson is student director and Charley Fleek is in charge of lighting.