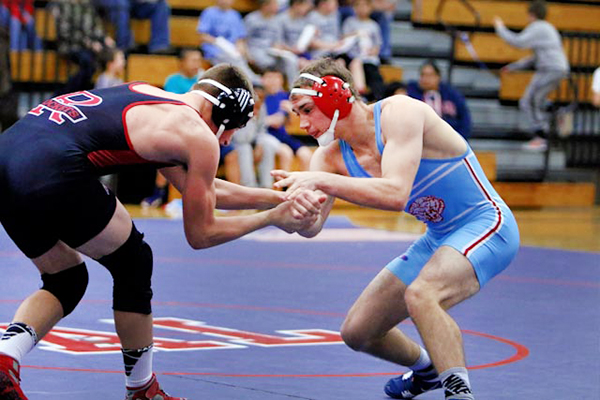 The Tigers are still perfect. 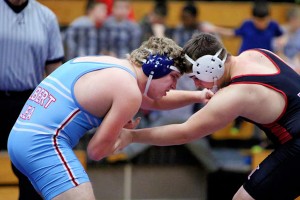 The Albert Lea wrestling team defeated Rochester John Marshall 52-15 Friday in the team’s first home meet of the season. The win brings the Tigers’ record to 24-0.

“Tonight was fun for the kids,” said Albert Lea coach Larry Goodnature. “They got to wrestle for the home crowd.”

Goodnature said the team’s goal is winning the Big Nine Conference championship, and Friday’s win helped his athletes get one step closer to that goal. According to Goodnature, the Rockets are in the top four of the 11 teams in the Big Nine.

“We had to go out there tonight and get the job done and we did,” he said. “We wrestled good tonight and had a good time.”

Only three of Albert Lea’s wrestlers didn’t come away with personal wins Friday, and Goodnature said that wasn’t due to any lack of effort.

“Even in their losses they wrestled hard and kept it close. They battled,” he said. “Our whole team battled and wrestled as a team. … We’re wrestling good right now.”

Following Friday’s win, the Tigers were next traveling to Kasson-Mantorville Saturday to wrestle in a tournament against some of the best wrestlers in Minnesota and Wisconsin, according to Goodnature. Those results will be in Monday’s Tribune.

Goodnature said the team is also looking to the Jan. 30 home meet against Owatonna, another undefeated team as of Friday. He reiterated that junior varsity will now start at 4 p.m. and varsity at 5 p.m. for the Owatonna-Albert Lea match. Jan. 30 will be freedom night, where all veterans attending will have free admission and will be recognized during the match. It will also be alumni night, and Goodnature encouraged all Albert Lea wrestling alumni to attend the match and a gathering at Green Lea Golf Course afterward.