Todd Allen Mattick, 40, of Phoenix passed away suddenly on Jan. 9, 2016. Todd was born Jan. 24, 1975, in Albert Lea. He graduated from Camelback High School in Phoenix and went on to Chandler-Gilbert Community College where he studied aviation mechanics. He had worked as an airframe and powerplant mechanic for several years. He enjoyed spending time with family and watching movies — especially A Christmas Story, his absolute favorite movie. It wasn’t Christmas without watching that movie. He also enjoyed watching the Viking football games 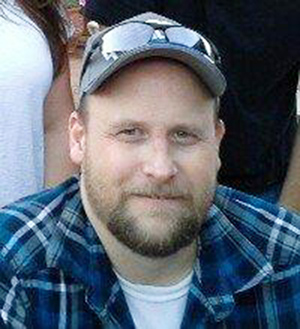 He is survived by his wife, Monica; son, Taylor;  parents Larry & Cyndy Mattick of Phoenix; brothers Brian of Phoenix and Daniel of Wells; three nieces; two nephews; two great-nieces; and one great-nephew. He is also survived by his grandmother, Marian Gooden, and numerous aunts and uncles and cousins.

He was preceded in death by his grandparents Clarence and Viola Mattick and Ollie Gooden Jr.; uncles Richard and Ted Mattick; and aunts Helen and Betty Mattick.

A memorial service will be at 11 a.m. Saturday at Resurrection Lutheran Church in Scottsdale, Arizona.

He is sadly missed.